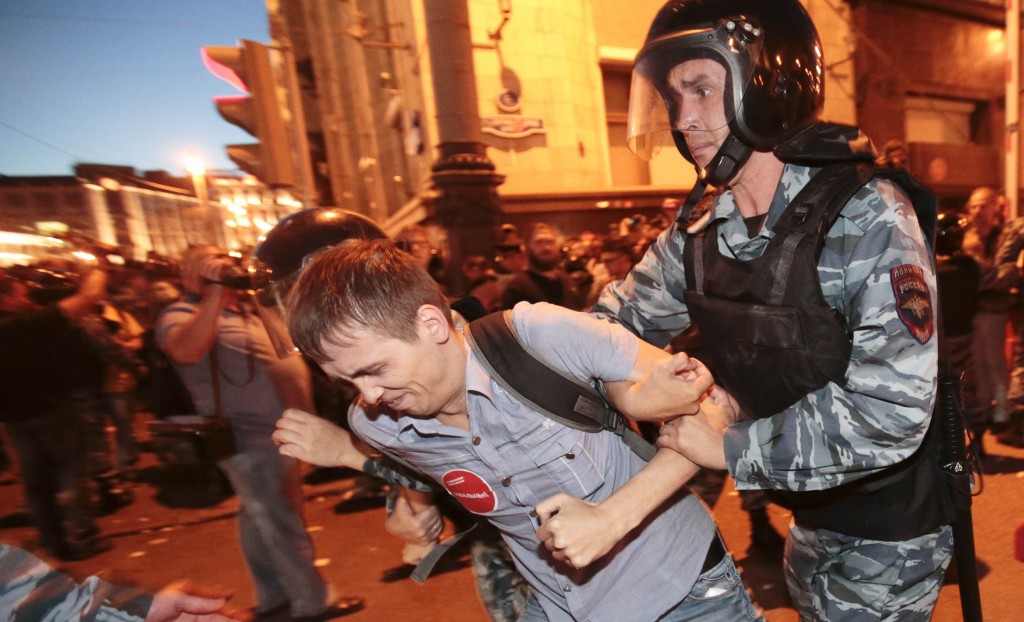 Russian opposition leader Alexei Navalny was sentenced to five years in jail for theft on Thursday, an unexpectedly tough punishment that supporters said proved President Vladimir Putin was a dictator ruling by repression.

“Shame! Disgrace!” protesters chanted outside the court in Kirov, 550 miles northeast of Moscow. Some supporters wept and others expressed shock and anger.

State prosecutors had asked the court to jail Navalny for six years on charges of organizing a scheme to steal at least 16 million roubles ($494,000) from a timber firm when he was advising the Kirov regional governor in 2009.

But even a five-year sentence means he will not be able to run in the next presidential election in 2018 or for Moscow mayor in September, as he had planned. Some political analysts had expected the court to hand down a suspended sentence to keep Navalny out of prison but rule out any political challenge.

The United States and European Union voiced concern over the conviction, saying it raised questions about the rule of law and Russia’s treatment of Putin’s opponents. The White House called it part of a “disturbing trend aimed at suppressing dissent”.

Russian shares fell on concerns that the ruling may provoke social unrest, after a case that has led to comparisons with the political “show trials” under Soviet leader Josef Stalin.

At least 3,000 gathered near the Kremlin in Moscow under a heavy police presence, intermittently blocking main streets and shouting “Shame!” and “Putin is a thief!”

Police plunged into the crowd to pluck out people holding Navalny portraits. A police official said about 50 were detained, but activists said the number detained had reached 169 as smaller groups continued to protest past midnight.

At least 1,000 people protested in St Petersburg, where police said about 40 were detained, and smaller rallies were held in other cities.

Yet public support for Navalny is limited, especially outside big cities, and Putin remains popular with many Russians.

Navalny, a powerful orator who has accused the authorities of being “swindlers and thieves,” stood in silence with a puzzled expression as he listened to the verdict. He has 10 days to appeal, and his lawyer, Vadim Kobzev, said he would do so.

He denied guilt and pointed out that an initial investigation, over accusations that he had pressured a state forestry company to agree to a disadvantageous deal with a middleman firm, had been closed for lack of evidence.