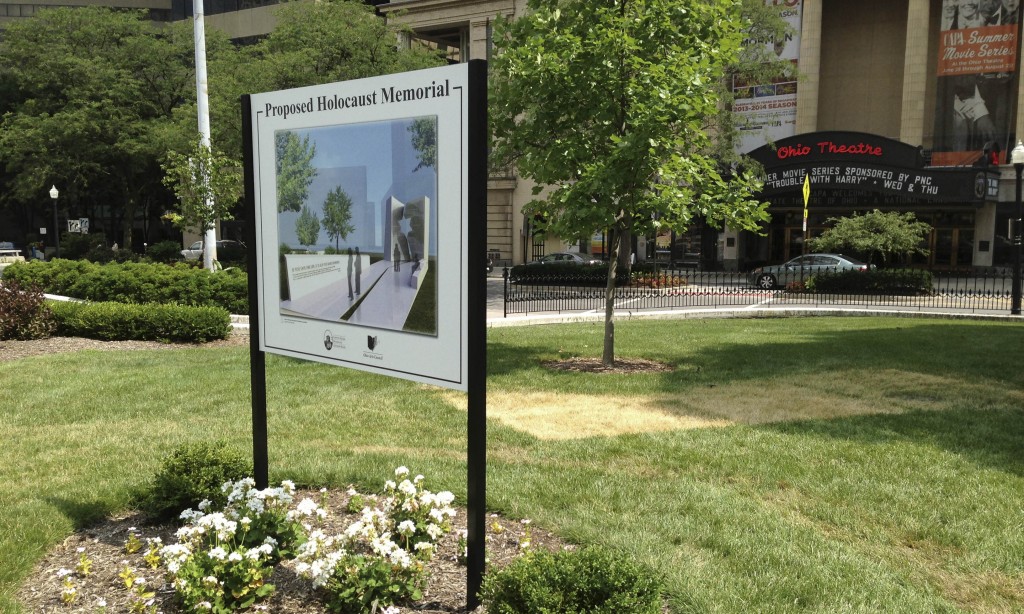 A Holocaust memorial will be built on the grounds of the Ohio Statehouse despite concerns from the head of an oversight board that the project is “inappropriate” for the Civil War-era site and could get the state ensnared in a constitutional legal dispute.

The privately funded $1.8 million memorial is believed to be the first Holocaust memorial planned for the grounds of any U.S. statehouse.

The project’s design was approved Thursday by the state’s Capitol Square Review and Advisory Board, which oversees and maintains the Ohio Statehouse. A construction timeline has not yet been set.

At a ceremony two years ago, Gov. John Kasich proposed building a memorial to teach people, he said, about man’s inhumanity to man. Jewish groups praised the memorial’s approval, saying it shows that Ohio opposes discrimination based on race or religion.

The design from artist Daniel Libeskind features a split limestone path toward two, upright panels. Cutouts on the panels are positioned to reveal a broken, six-pointed Star of David.

The plan includes having a story from a survivor of the Nazis’ Auschwitz death camp embossed on the panels. A stone wall that sits along the path would contain an engraved quote honoring the death camp liberators: “If you save one life, it is as if you saved the world.”

Board Chairman Richard Finan voted against the memorial, telling reporters he would have been fine with “a reasonable memorial, something smaller” on the grounds.

“But this is just too much to the Jewish religion,” Finan added. He said the state could get sued for violating the separation of church and state.

Joyce Garver Keller, the executive director of the Ohio Jewish Communities, said she didn’t think the depiction of the Star of David promotes any religion. And it’s appropriate for the memorial to be placed near a government institution, she said.

“The Holocaust did not begin in the camps,” Keller said. “It did not begin with smokestacks and ovens. It began in the halls of government where legislation was passed that allowed the expulsion of Jews and others who the Nazis didn’t support and the murder of millions of people.”

Libeskind, who lives in New York, was picked by an artist selection committee of representatives from government, the arts and the Jewish community in Ohio. He was born to Holocaust survivor parents and designed the master plan for the World Trade Center, Berlin’s Jewish Museum and Dresden’s Museum of Military History.