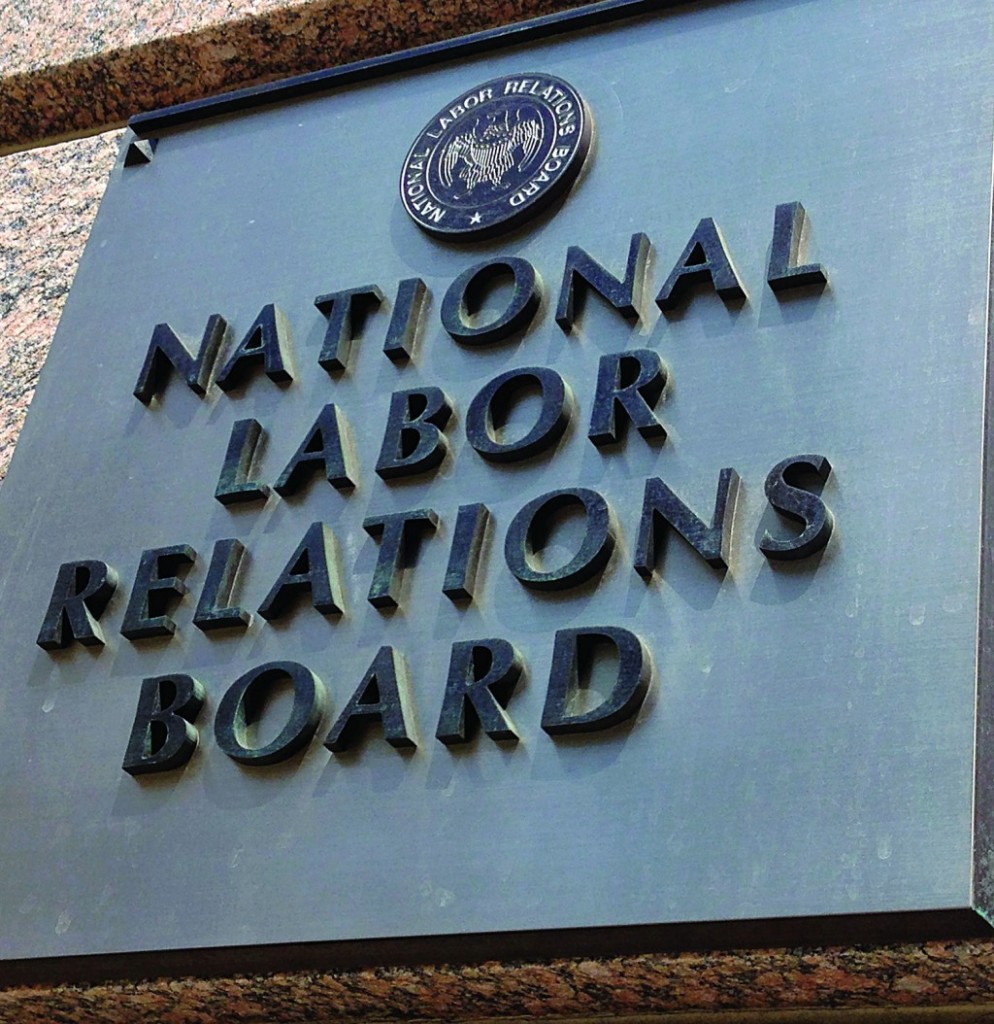 For such a tiny government agency, the National Labor Relations Board played an outsize role in the heated Senate filibuster fight over Obama administration nominations. But the board has long been at the center of a decades-long clash between labor unions looking to organize new members and business groups seeking to limit the role of unions in the workplace. Here are answers to frequently asked questions about the agency:

Q: What is the National Labor Relations Board?

A: The board is an independent federal agency created in 1935 by the National Labor Relations Act to protect the right of workers to organize and decide whether they want to be represented by a labor union, and looks into allegations of unfair labor practices by employers or unions.

Q: What exactly does the board do?

A: It oversees union elections, investigates charges of unfair labor practices, decides specific cases, such as disputes between unions and employers, and enforces its decisions. The five board members are appointed by the president and confirmed by the Senate. The board tends to favor unions when a Democrat is in the White House and favor business interests in Republican administrations. Under the Obama administration, for example, the board approved rules — since declared invalid — that would speed up the pace of union elections and require most private businesses to display posters informing workers of their right to join unions.

Q: Why did President Barack Obama decide to bypass the Senate and make recess appointments to the NLRB in January 2012?

A: The NLRB needs at least three members to issue decisions, and it was about to go down to just two. If the agency can’t conduct business, workers would be unable to recover lost wages, enforce collective bargaining agreements, get their jobs back or resolve other labor law violations. But Senate Republicans had threatened to block Obama’s nominations, essentially shutting down the board.

Q: How did the NLRB get in the middle of a constitutional fight over presidential powers?

A: The Constitution allows a president to make temporary appointments when the Senate is away on a break. But Senate Republicans claim there was never any recess because the Senate held brief “pro forma” sessions specifically to prevent Obama from making recess appointments. The White House claims the pro forma sessions were a gimmick.

Three federal appeals courts ruled that Obama’s recess appointments were unconstitutional. In one case, the U.S. Court of Appeals for the D.C. Circuit said recess appointments can be made only during the once-a-year break between sessions of Congress. The White House has appealed the decision and the U.S. Supreme Court has agreed to hear the case in the fall.

Q: What was the effect of the appeals court decisions?

A: The decisions threw hundreds of NLRB cases decided by the recess appointees into question. Dozens of businesses appealed the board’s decisions, saying it had no legal authority to order compliance.

Q: What helped trigger the filibuster showdown in the Senate?

A: Obama sent to the Senate a full slate of five nominees to the NLRB, including the two recess appointees, Sharon Block and Richard Griffin. A fully functioning NLRB was a priority for his union allies, and the agency faced the prospect of having too few members to do business after Chairman Mark Pearce’s term expires on Aug. 27. But Republicans said the appointments of Block and Griffin were sullied by the appeals court ruling and refused to consider the group of NLRB nominees as long as they remained part of it.

Q: How did Senate Democrats react?

A: Senate Majority Leader Harry Reid insisted that if Republicans didn’t stop blocking confirmation of Block, Griffin, Pearce and four other stalled nominees for other agencies, he would change Senate procedures to strip them of their ability to delay votes.

Q: What was the final agreement that averted a Democratic threat to overturn historic rules that protect minority-party rights?

A: Under the final agreement, Democrats agreed that Griffin and Block would be replaced by new selections and steered toward speedy consideration by the Senate. Sen. Lamar Alexander, R-Tenn., top Republican on the Senate Health, Education, Labor and Pensions Committee, said the final agreement makes clear that the president “cannot thumb his nose at the Senate’s constitutional role in our system of checks and balances.”

Q: How different are the two new NLRB nominees from Obama’s recess appointments?

A: Both are considered to be just as sympathetic to labor union positions as Block and Griffin. Nancy Schiffer retired last year as an associate general counsel at the AFL-CIO, and Kent Hirozawa is currently the chief counsel to the NLRB’s chairman.

Q: How does the Senate deal affect the Supreme Court consideration of the recess appointments issue?

A: The deal may render the Supreme Court case moot. The administration would have to ask the court to dismiss the case. But the justices may now be reluctant to take on the case if the underlying problem has been resolved.

Q: What is the status of the hundreds of decisions issued by the board with recess appointees?

A: Once the new NLRB members are in place, they could simply reissue some of the earlier decisions, removing any potential questions about their validity.