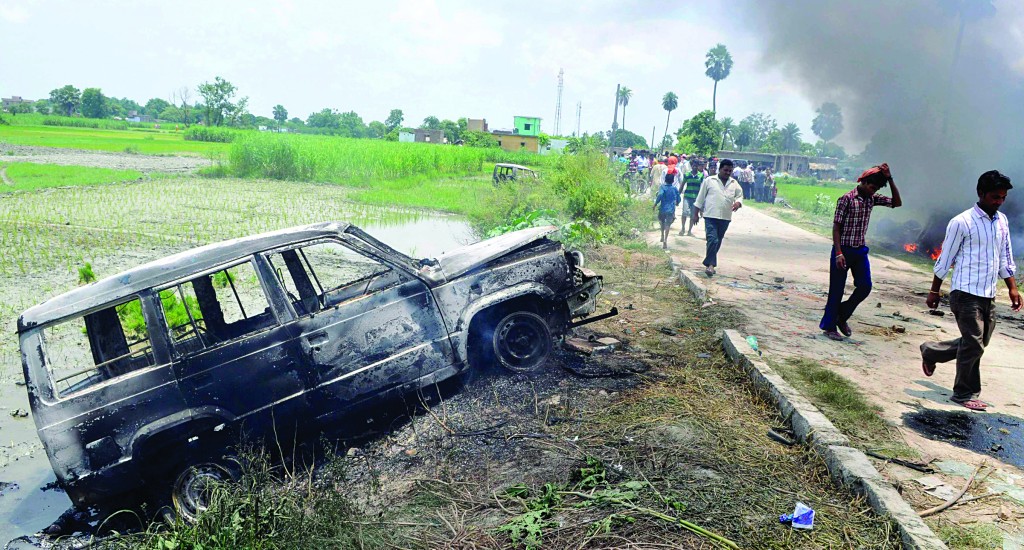 The children started falling violently ill soon after they ate the free school lunch of rice, lentils, soybeans and potatoes.

The food, part of a program that gives poor Indian students at least one hot meal a day, was tainted with insecticide, and soon 22 of the students were dead and dozens were hospitalized, officials said Wednesday.

It was not immediately clear how chemicals ended up in the food at the school in the eastern state of Bihar. One official said that the food may not have been properly washed before it was cooked.

The children, between the ages of 5 and 12, got sick soon after eating lunch Tuesday in Gandamal village in Masrakh block, 80 kilometers (50 miles) north of the state capital of Patna. School authorities immediately stopped serving the meal as the children started vomiting.

Savita, a 12-year-old student who uses only one name, said she had a stomach ache after eating soybeans and potatoes and started vomiting.

“I don’t know what happened after that,” Savita said in an interview at Patna Medical College Hospital, where she and many other children were recovering.

The lunch was cooked in the school kitchen.

The children were rushed to a local hospital and later to Patna for treatment, said state official Abhijit Sinha.

In addition to the 22 children who died, another 25 children and the school cook were in hospital undergoing treatment, P.K. Sahi, the state education minister. Three children were in serious condition.

Authorities suspended an official in charge of the free meal scheme in the school and registered a case of criminal negligence against the school headmistress, who fled as soon as the children fell ill.

Angry villagers, joined by members of local opposition parties, closed shops and businesses near the school and overturned and burned four police vehicles.

Sahi said a preliminary investigation suggested the food contained an organophosphate used as an insecticide on rice and wheat crops. It’s believed the grain was not washed before it was served at the school, he said.

However, local villagers said the problem appeared to be with a side dish of soybeans and potatoes, not grain. Children who had not eaten that dish were fine, although they had eaten the rice and lentils, several villagers told the AP.