National NSA Spying Under Fire: ‘You’ve Got a Problem’
National 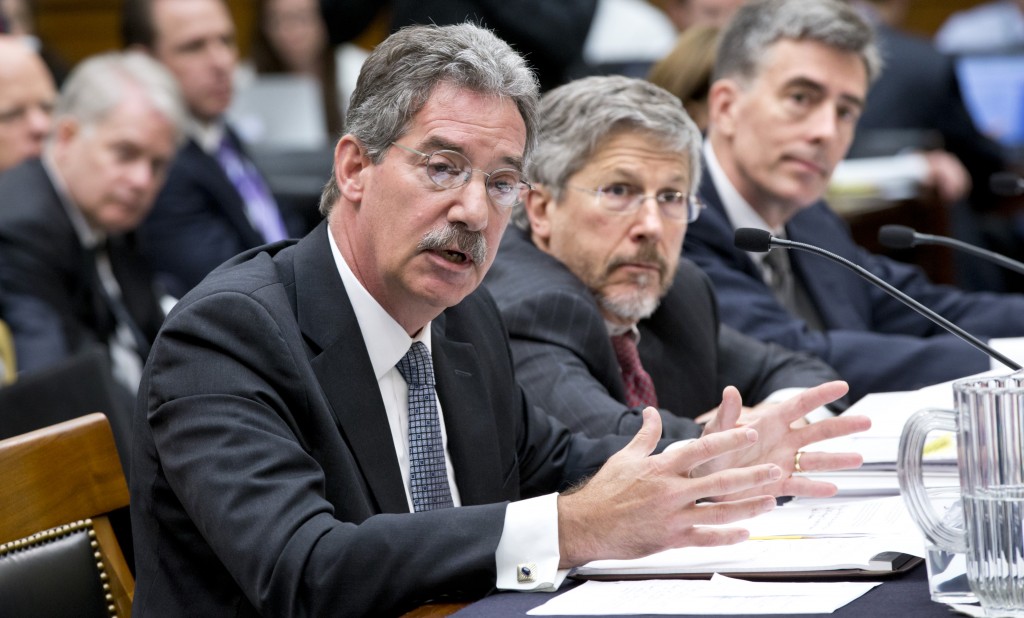 In a heated confrontation over domestic spying, members of Congress said Wednesday they never intended to allow the National Security Agency to build a database of every phone call in America. And they threatened to curtail the government’s surveillance authority.

Top Obama administration officials countered that the once-secret program was legal and necessary to keep America safe. And they left open the possibility that they could build similar databases of people’s credit card transactions, hotel records and Internet searches.

The clash on Capitol Hill undercut President Barack Obama’s assurances that Congress had fully understood the dramatic expansion of government power it authorized repeatedly over the past decade.

The House Judiciary Committee hearing also represented perhaps the most public, substantive congressional debate on surveillance powers since the 9/11 terrorist attacks. Previous debates have been largely theoretical and legalistic, with officials in the Bush and Obama administrations keeping the details hidden behind the cloak of classified information.

That changed last month when former government contractor Edward Snowden leaked documents to the Guardian newspaper revealing that the NSA collects every American’s phone records, knowing that the overwhelming majority of people have no ties to terrorism.

Civil rights groups have warned for years that the government would use the USA Patriot Act to conduct such wholesale data collection. The government denied it.

The Obama administration says it needs a library of everyone’s phone records so that when it finds a suspected terrorist, it can search its archives for the suspect’s calling habits. The administration says the database was authorized under a provision in the Patriot Act that Congress hurriedly passed after 9/11 and reauthorized in 2005 and 2010.

The sponsor of that bill, Rep. James Sensenbrenner (R-Wis.) said Wednesday that Congress meant only to allow seizures directly relevant to national security investigations. No one expected the government to obtain every phone record and store them in a huge database to search later.

As Deputy Attorney General James Cole explained why that was necessary, Sensenbrenner cut him off and reminded him that his surveillance authority expires in 2015.

“And unless you realize you’ve got a problem,” Sensenbrenner said, “that is not going to be renewed.”

He was followed by Rep. Jerry Nadler (D-N.Y.), who picked up where his colleague left off. The problem, he said, is that the administration considers “everything in the world” relevant to fighting terrorism.

Robert S. Litt, general counsel in the Office of Director of National Intelligence, didn’t directly answer, saying it would depend on whether the government believed those records — like phone records — to be relevant to terrorism investigations.

After the phone surveillance became public, Obama assured Americans that Congress was well aware of what was going on.

“When it comes to telephone calls, every member of Congress has been briefed on this program,” he said.

Whether lawmakers willingly kept themselves in the dark or were misled, it was apparent Wednesday that one of the key oversight bodies in Congress remained unclear about the scope of surveillance, more than a decade after it was authorized.

Obama said he welcomes the debate over surveillance. But his administration never wanted the debate to be quite so specific.

That was obvious when Rep. Bob Goodlatte (R-Va.) asked Litt whether he really believed the government could keep such a vast surveillance program a secret forever.