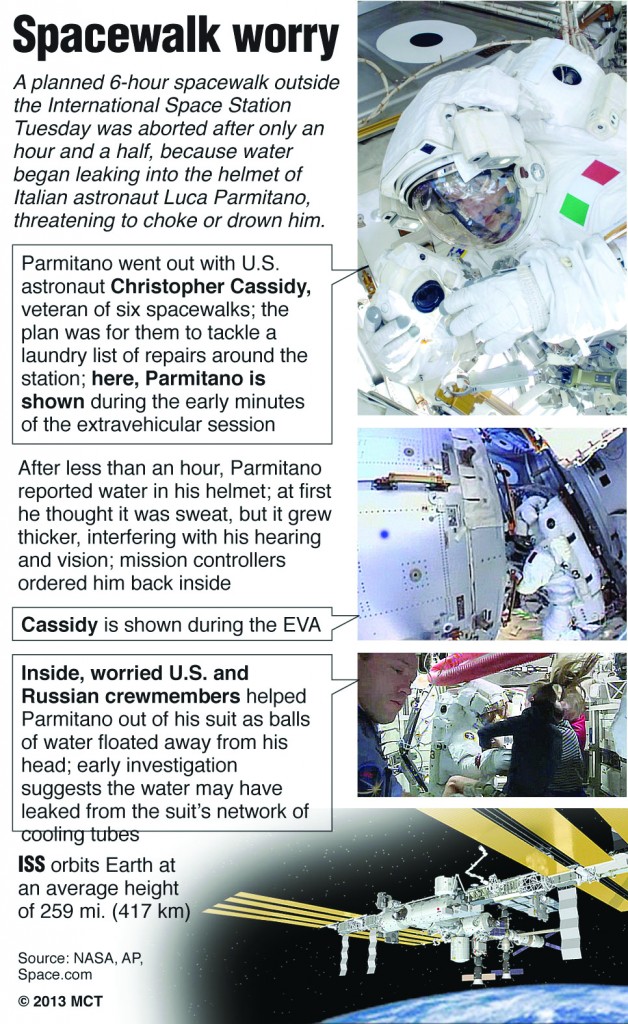 The spacewalking astronaut who came close to drowning in a flooded helmet searched for clues in his spacesuit Wednesday, in hopes of understanding the unprecedented water leak.

Engineers in Houston, meanwhile, conducted their own investigation into what should have been a routine, yet still risky, maintenance job outside the International Space Station.

But a day after one of NASA’s most harrowing spacewalks in decades, answers eluded the experts.

“There still is no smoking gun or definite cause of what happened or why that water ended up” inside Luca Parmitano’s spacesuit, said NASA spokesman Kelly Humphries.

Parmitano, Italy’s first and only spacewalker, could not hear or speak by the time he re-entered the space station on Tuesday, 1 1/2 hours after stepping out. He also had difficulty seeing because of the big globs of water in his helmet and elsewhere in his suit.

He’d worn the same suit on a spacewalk a week earlier, without mishap.

Parmitano, 36, a major in the Italian Air Force and a former test pilot, arrived at the space station at the end of May. NASA praised his calm, cool demeanor during Tuesday’s crisis. He’s supposed to remain aboard the orbiting outpost until November.