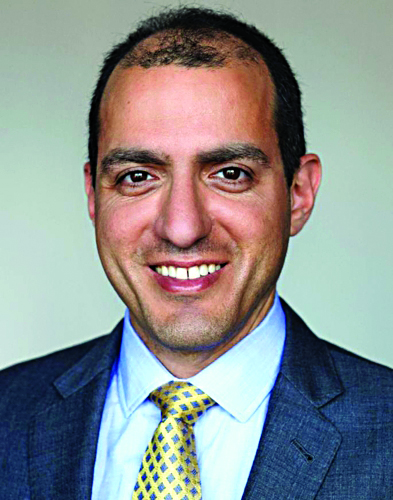 A millionaire tech businessman who touts himself in the same mold as Mayor Michael Bloomberg entered the mayoral race as an independent Wednesday, offering his Sephardic roots and entrepreneur background as draws despite his late entrance to a crowded — but open — field.

Jack Hidary, 45, was born and raised in Brooklyn. He made his fortune in technology, and is the co-founder of a job website.

“Who is better among the candidates than myself to go to Silicon Valley and attract the kind of companies that would create jobs here?” he told Bloomberg News. “My background as a successful entrepreneur and my years in public service and economic development uniquely qualify me for the office of mayor of New York City.”

He touts his experience creating businesses and jobs as among his strengths. His campaign says he’s raised more than $450,000 in donations. He plans to take part in the public financing system as well as use his own money.

The field is already a crowded one with multiple candidates on both the Democratic and Republican sides. But Hidary, who grew up as a member of the Sephardic community in Flatbush, assembled a formidable team of players to help him.

Joe Trippi, a veteran of the Democratic presidential campaigns of former Vermont governor Howard Dean and John Edwards, and Jerry Brown’s successful 2010 campaign for California governor, was hired as a top campaign adviser. Other advisers include Richard Strauss, a media consultant in the Clinton White House, and Campaign Grid, a firm that advised New Jersey Gov. Chris Christie.

Hidary says he decided to get into the race because the current candidates offer only “tired policies and machine politics.”