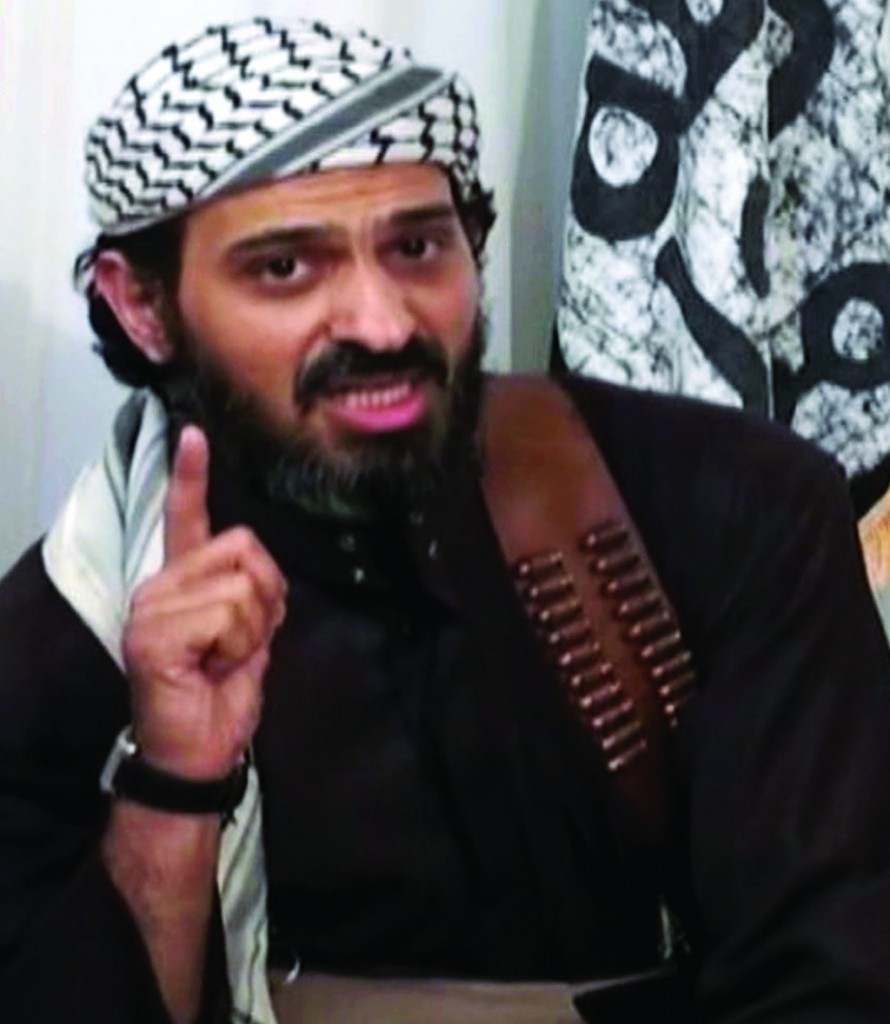 The Yemen-based branch of al-Qaida confirmed on Wednesday that the group’s No. 2 figure, a former Guantanamo Bay prisoner, was killed in a U.S. drone strike.

The announcement, posted on terrorist websites, gave no date for the death of Saudi-born Saeed al-Shihri.

The confirmation was significant, however, because al-Shihri had twice before been reported dead but the terror group later denied those reports.

His killing is considered a major blow to the Yemen-based al-Qaida branch, known as Al-Qaida in The Arabian Peninsula.

Al-Shihri had survived an earlier drone attack, in September 2012, the officials added, speaking on condition of anonymity because they were not authorized to talk to media.

In the video, al-Robaish said al-Shihri was hit by the drone while speaking on his mobile telephone in the province of Saadah, north of the Yemeni capital of Sanaa.

The authenticity of the video, which was first reported by the U.S. monitoring service SITE, could not be independently confirmed but it appeared on websites commonly used by al-Qaida.

Al-Shihri, also known as Abu Sufyan al-Azdi, fought in Afghanistan and spent six years in Guantanamo. He was returned to Saudi Arabia in late 2007 and later fled to Yemen to join the al-Qaida branch there.

In one of his last videos, which appeared on the internet in April, al-Shihri harshly criticized Yemen’s neighbor to the north, Saudi Arabia, for its policy of allowing the United States to launch deadly drone strikes from bases in the kingdom.

Washington considers the Yemen-based al-Qaida to be the most dangerous offshoot of the terror network after it was linked to several attempted attacks on U.S. targets, including the foiled Christmas Day 2009 bombing of an airliner over Detroit and explosives-laden parcels intercepted the following year aboard cargo flights.

The group made major territorial gains in Yemen last year, following the uprising that forced the country’s longtime leader Ali Abdullah Saleh to step down after more than 30 years in power. Al-Qaida terrorists and their allies seized several towns and cities in the south of the country before they were pushed back in a months-long, U.S.-aided military campaign by government forces last year.

Yemeni President Abed Rabbo Mansour Hadi, in office since last year, has worked closely with the U.S. in pushing the group back.

An offensive by Yemeni troops backed by U.S. airpower and advisers drove Al-Qaida out of the southern cities and into mountain hideouts. Airstrikes, believed to be by U.S. drones, have killed a number of key al-Qaida operatives.