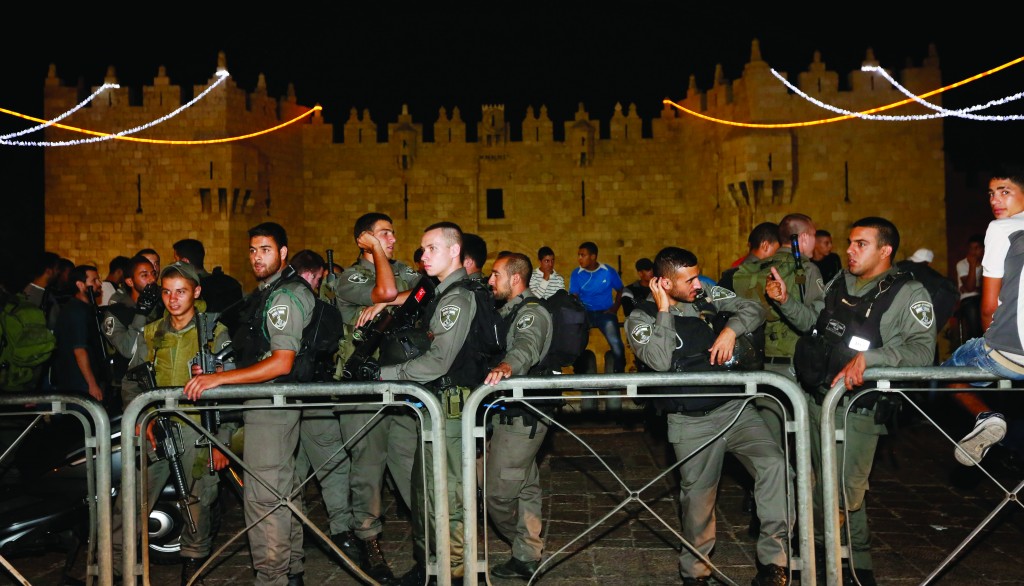 A Jewish man on his way home from the Kosel was stabbed outside Damascus Gate in eastern Yerushalayim on Wednesday night, Motzoei Tishha B’Av, by two Arab men, according to media reports.

“The victim was stabbed in the stomach with a large knife and the suspects then fled the area,” said police spokesman Mickey Rosenfeld. “A large number of police units are actively searching different areas around Damascus Gate for the suspects who carried out the attack.”

Police said they believe it was a terrorist attack.

The victim, described as a chareidi man in his 30s, was rushed to Shaarei Zedek Medical Center, where he was listed in moderate condition. A hospital spokesman said that he was expected to recovery fully.

A Magen David Adom paramedic told Ynet: “At approximately 9:00 p.m. we got a call about a man who was stabbed. A team arrived at the scene and police brought the victim to us. He had stab wounds to the chest and waist.”

We gave him initial treatment and evacuated him to the hospital,” the paramedic added. “It was hard to comprehend what was going on. He was stressed and there was great commotion in the area.”