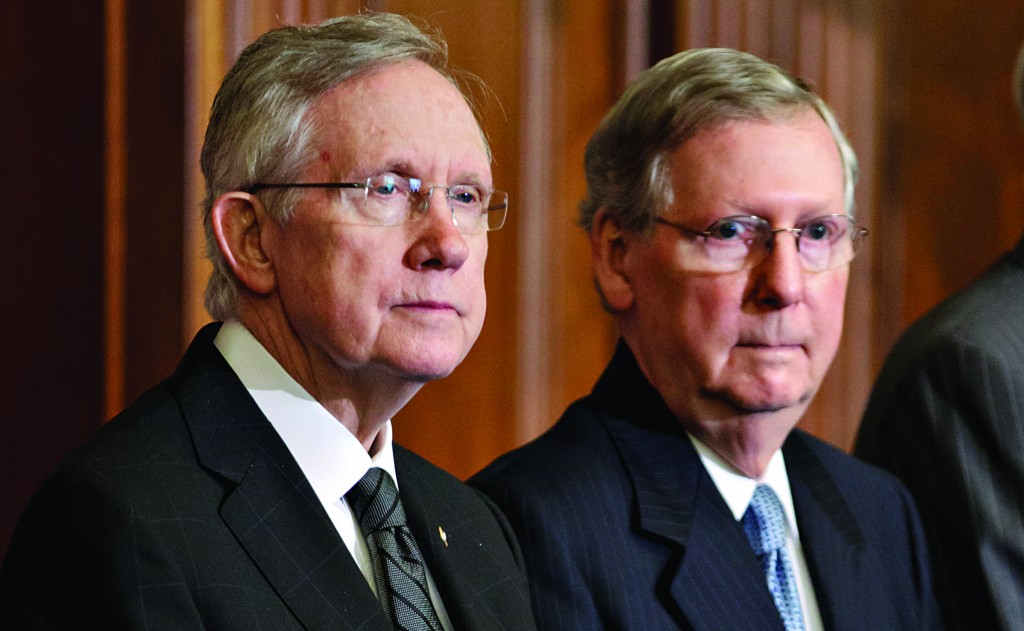 Proposed changes to Senate rules would either ease the way for President Barack Obama to assemble his second-term team or permanently threaten the body’s deliberative style, the chamber’s top Democratic and Republican lawmaker said Sunday.

Democratic Leader Harry Reid and Republican Leader Mitch McConnell once again strongly disagreed during separate interview segments on the eve of a rare closed-door summit that could reduce the Senate’s reputation as deliberative to the point of inaction. Reid and McConnell — along with their rank-and-file members — have been trading barbs over just what the proposed changes would be, both for Obama’s current slate of nominees who are awaiting confirmation and for future senators who prize their ability to delay action.

Democrats, who are the majority in the Senate, are pushing to erode the rights of minority Republicans to block confirmation of Obama’s picks for posts on a labor rights board and a consumer protection bureau.

Republicans previously stalled confirmation votes for Obama’s pick for labor secretary and chiefs of the Environmental Protection Agency and the Export-Import Bank, but last week GOP lawmakers stepped aside and said they would allow those nominees to move forward.

Reid said the changes were not about the appointment of judges or passing legislation. “This is allowing the people of America to have a president who can have his team,” he said. 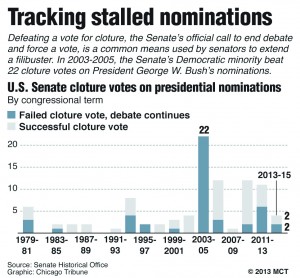 All 100 senators, but not reporters or the public, have been invited to a meeting Monday evening to seek a compromise that a handful of lawmakers are now exploring.

“We need to start talking to each other instead of at each other,” McConnell said.

It’s not clear a conversation would produce any agreement.

Reid calls the changes minor and narrow. McConnell calls them unprecedented and overbroad.

Reid says the proposal applies only to those tapped to serve in the administration, not for lifetime posts as judges. McConnell says it would fundamentally deny senators their prerogative to query potential officials.

Reid said the nominees would protect consumers, workers and the environment. McConnell and his GOP allies say the picks are payback to Obama’s political base.

Countered Reid: “They have nothing against the qualifications. They don’t like the jobs these people have.”

In particular, Republicans have objected to a pair of union-backed members, Richard Griffin and Sharon Block, on the National Labor Relations Board, who were appointed by Obama when he said the Senate was in recess. An appeals court has ruled that Obama exceeded his authority, and the board’s actions since they took their seats are in legal limbo.