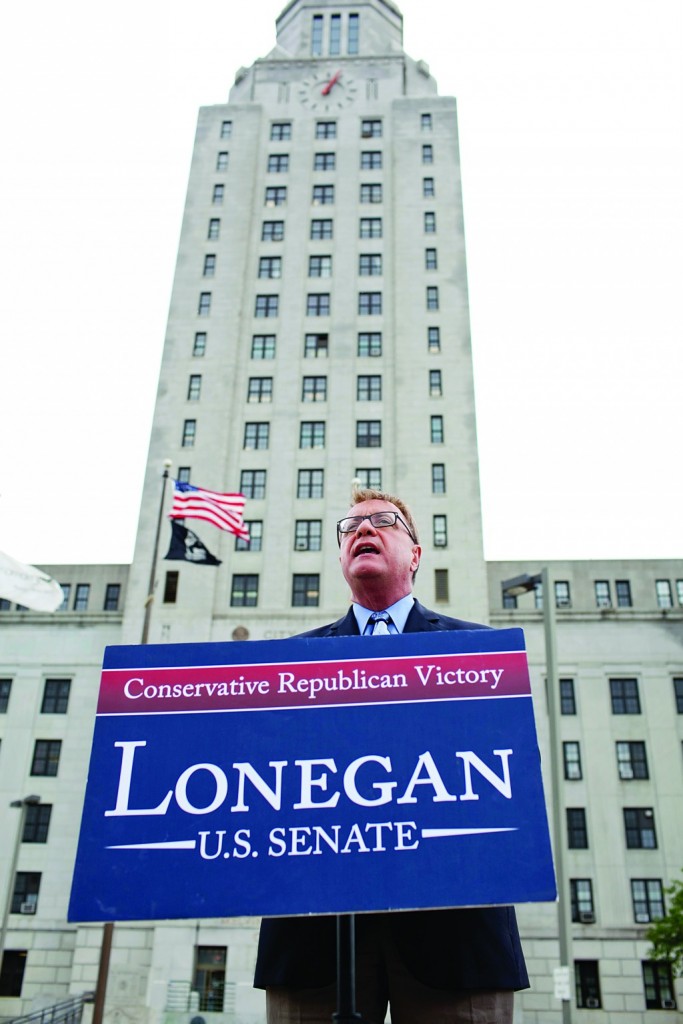 Steve Lonegan is not a standard-issue moderate New Jersey Republican, which he proved with his campaign event Friday when he went to one of the nation’s poorest cities to bash not just an opponent but decades of anti-poverty policy.

At a stop in Camden, Lonegan attacked Newark Mayor and Democratic Senate front-runner Cory Booker’s plan for dealing with poverty and railed against a welfare system he decried as stifling to individual ambition.

“What’s happened is that individual responsibility and individual initiative has been replaced with reliance on government on a scale we’ve never seen before,” Lonegan said. “We have seen generations of families over the last 40 years that have been indoctrinated into the welfare state and have become reliant on government rather than their own initiative.”

The appearance attracted just a handful of reporters. And while Lonegan thanked his supporters for coming, there didn’t appear to be any there besides some campaign staffers. One of the staffers asked a city maintenance worker to pause in mowing the lawn in Roosevelt Plaza, the park next to City Hall where the event was heard, so the candidate didn’t have to speak over the mower.

Lonegan, 57, was the first candidate last month to announce he was in the race to serve the last 15 months of the term of Frank Lautenberg, who died last month at 89. Gov. Chris Christie scheduled a special primary for Aug. 13 and a special general election for Oct. 16 to fill the position.

When no bigger-name Republicans got in the race, it put Lonegan, a former mayor of Bogota who resigned as director of the state branch of Americans for Prosperity for this run, in an unfamiliar spot as the front-runner in a statewide race.

In the past, he’s lost two gubernatorial primaries as well as a 1998 Congressional race.

Lonegan, who is facing Piscataway physician Alieta Eck in the primary, has views more conservative than most Republicans who get elected in New Jersey, and he’s often a thorn in the side of his own party.

He said his approach to breaking poverty in cities like Camden would be a voucher program that would allow parents in cities to use public money to send their children to private schools. It’s a concept that is being used in some places and has the support of New Jersey politicians from both parties, including both Christie and Booker.

But Lonegan describes it differently than many New Jersey supporters do.

“I’m not going to whitewash this by calling it school choice,” he said, “because some pollster says it’s a better way to message.”