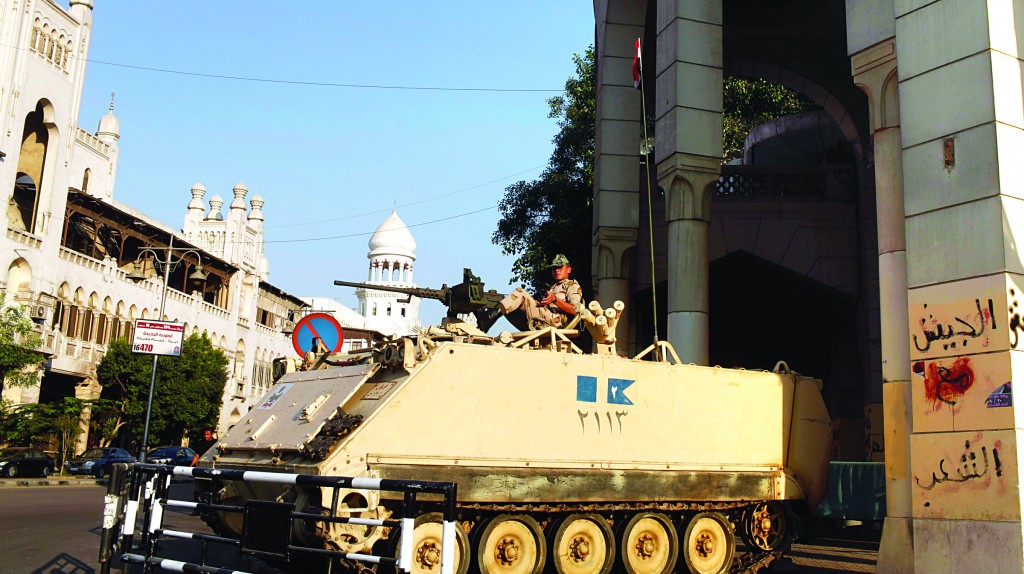 Facing unrelenting pressure from Muslim Brotherhood protesters, Egypt’s military chief sought to justify his decision to remove Mohammed Morsi from office, saying Sunday in a speech that the Islamist leader had violated his popular mandate and antagonized state institutions.

The comments by Gen. Abdel-Fattah el-Sissi — his first since the president’s ouster nearly two weeks ago — came as the designated interim prime minister pushed ahead with talks to form a new Cabinet this week.

Reform advocate Mohamed ElBaradei was sworn in as Egypt’s interim vice president for international relations on Sunday. The move reinforces the role of liberals in the new leadership who are strongly opposed to the Brotherhood.

Several secular-minded candidates have also been approached to lead the Foreign, Finance, Culture, Information and other key ministries. Nabil Fahmy, who served as Egypt’s former ambassador to the United States for over a decade under Hosni Mubarak, was tapped to be foreign minister, according to state media.

The United States sent its No. 2 diplomat in the State Department, William Burns, to Cairo to meet with interim government officials as well as civil society and business leaders during his two-day visit. Burns is the first high-level American official to visit since Morsi’s ouster.

Many in the international community fear the ouster of Morsi, Egypt’s first democratically elected president, would undermine Egypt’s transition to democracy.

The State Department said Burns would underscore U.S. support for the Egyptian people and a transition leading to an inclusive, democratically elected civilian government. The United States has called for Morsi’s release. Since his ouster, Morsi has been held incommunicado at an undisclosed location.

El-Sissi said the armed forces acted to remove Morsi on July 3 according to the will of the people as the country was sliding toward deeper polarization and more violence. The Islamist leader was the first democratically chosen leader after a narrow victory in elections last year.

“The armed forces sincerely accepted the choice of the people, but then political decision-making began stumbling,” el-Sissi said. “The armed forces remained committed to what [they] considered the legitimacy of the ballot box, even though that very legitimacy began to do as it pleased, and in a way that contradicted the basis and the origin of this legitimacy.”

Brotherhood spokesman Gehad el-Haddad responded to el-Sissi’s remarks, saying that the military had no right to act on behalf of the people of Egypt except through “orders of their elected commander in chief,” meaning Morsi.

Morsi was ousted by the military after four days of protests by millions of his opponents.