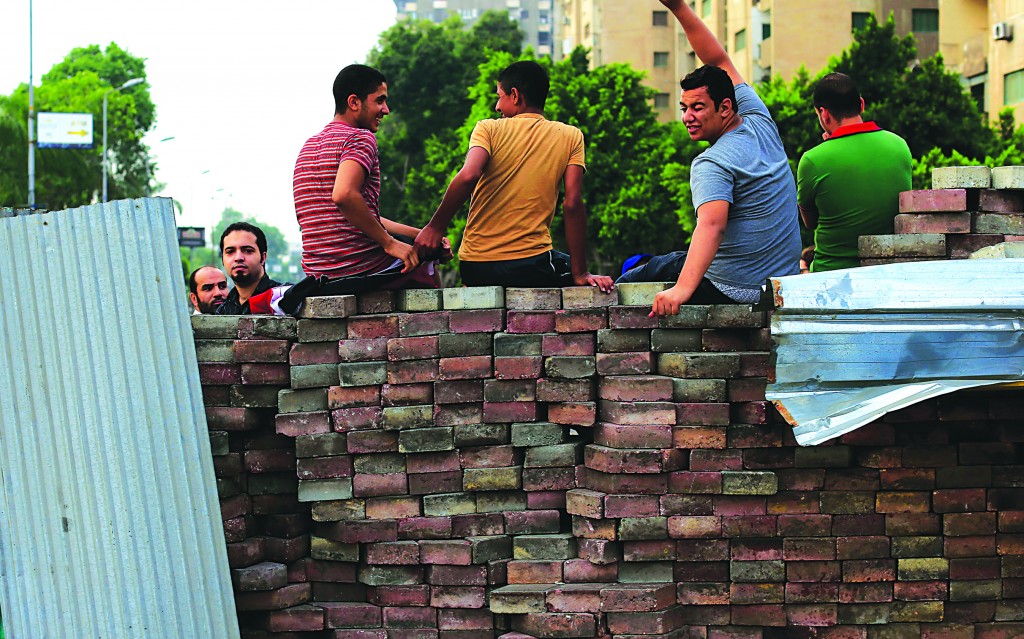 The United States often sends Navy vessels close to countries in turmoil in case it needs to protect or evacuate U.S. citizens or take part in humanitarian assistance. Their presence does not necessarily mean the U.S. is preparing to carry out military action.

“Egypt is [in] a crisis right now,” Marine Corps Commandant General James Amos told the Center for Strategic and International Studies think tank. “When that happens, what we owe the senior leadership of our nation are some options,” Amos said. He did not say what the options were.

Navy and Marine Corps officials said the two ships, part of a three-ship amphibious readiness group, had been in the region since May, patrolling the Red Sea, the Horn of Africa, the Gulf and the Arabian Sea, and that there were no new orders to prepare for a possible conflict in Egypt.

Washington has walked a careful line, neither welcoming Morsi’s removal last week nor denouncing it as a “coup.” U.S. defense officials Wednesday said they still planned to send F-16 fighter jets to the Egyptian government as planned.

Amos said the USS San Antonio, an amphibious transport dock, and the USS Kearsarge, an amphibious assault ship, had moved further north in the Red Sea two or three nights ago to better respond if needed.

Egypt’s interim rulers welcomed Thursday remarks from the State Department describing the rule of toppled leader Mohamed Mursi as undemocratic, read in Cairo as a signal that Washington will not cut off its $1.5 billion in annual aid.

In a stark illustration of the desperate state of Egypt’s economy, a former minister from Mursi’s ousted government said Egypt had less than two months’ supply left of imported wheat, revealing a far worse shortage than previously disclosed.