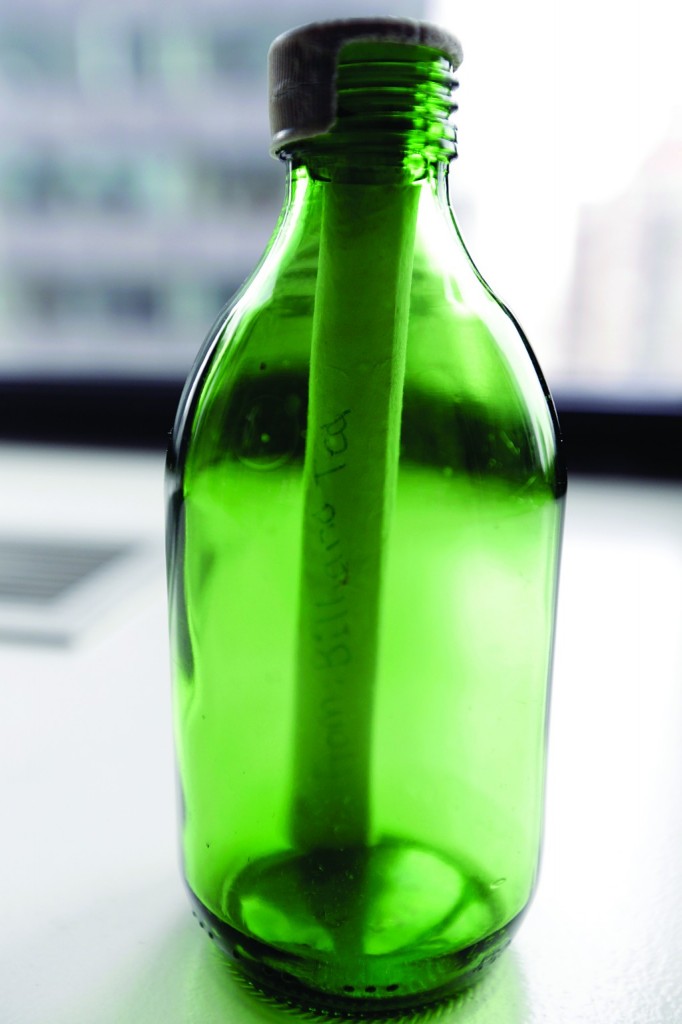 More than a dozen years ago, a 10-year-old girl scrawled a message on a piece of notebook paper, sealed it up in a green ginger ale plastic bottle, and tossed it into the ocean. The note contained a line that reflected the girl’s personal philosophy: “Be excellent to yourself!”

But the bottle was swept away and forgotten. The girl grew up, went away to school, and died in an accident at age 18. Her family mourned and did their best to move on.

It took Superstorm Sandy to churn up the bottle and the memories of a little girl in the exuberance of her childhood.

A sharp-eyed worker cleaning up the beaches in the Long Island village of Patchogue just before Thanksgiving spotted the bottle amid piles of garbage washed ashore by the hurricane’s powerful storm surge. The note inside was signed Sidonie Fery and contained a New York City phone number.“I was just sobbing when I heard they had found it,” said Mimi Fery, the girl’s mother. “These are very, very kind people.”

This weekend, Fery will return to the seaside village about 60 miles east of Manhattan, where she will again thank the workers and attend a ceremony where a small plaque will be dedicated as a remembrance of Sidonie, who died in a 2010 fall from a cliff in Switzerland while attending boarding school.

Fery described her only child as a creative youngster who was always writing poetry. She takes a meaning from the message — not to worry about Sidonie.

“Be excellent to yourself,” Fery said. “It makes so much sense.”

She said her daughter was a “very artistic and vivacious young woman” who was so independent that she traveled by herself to visit relatives in Iran every summer beginning when she was about 7.

Born on Sept. 11, 1991, the little girl was often teased and harassed after the terror attacks on her 10th birthday, her mother said. “But she stood her ground.”

Brian Waldron, a parks department employee who supervised the worker who found the note, says he dialed the number and spoke with Sidonie’s mother.

“I told her I felt like her daughter was looking down from heaven and wanted me to give her a call,” Waldron said. “She was crying —everybody was crying.”