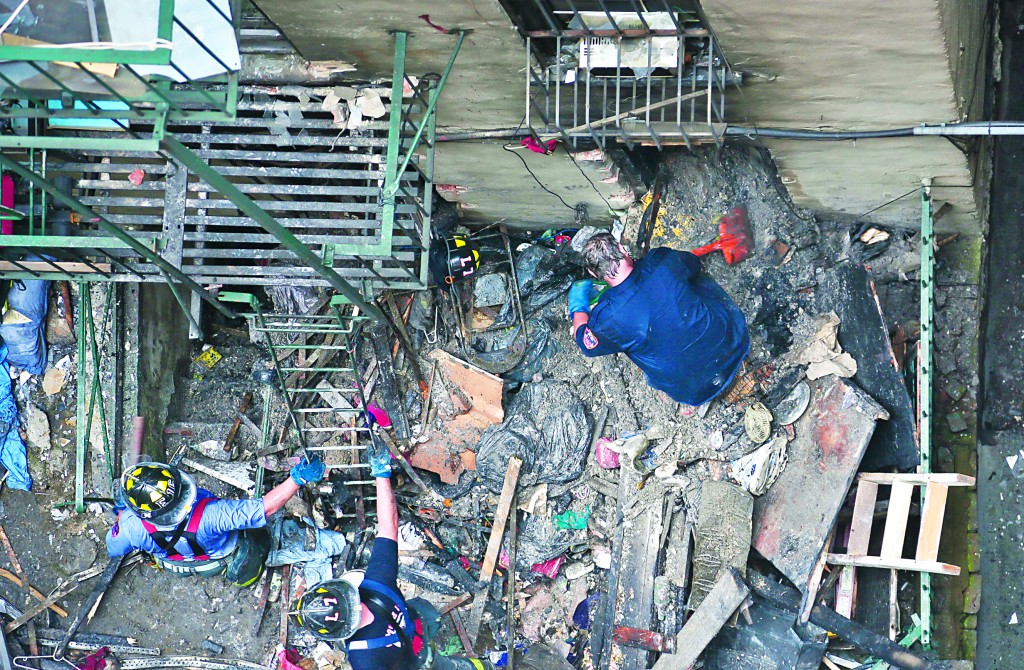 An explosion inside a Chinatown building on Thursday led to a fire and a partial collapse, injuring a dozen people, three of them hospitalized in serious condition. Injuries to the other people, including four firefighters, were less severe and included burns.

An emergency call about the fire at the five-story brick building in the Manhattan neighborhood, which has a bus company and other businesses on the first level and apartments above, came in around 12:45 p.m., the fire department said. The explosion and fire shattered windows on the first three floors.

When firefighters got to the scene, “we opened the front door and could see the fire in the back,” fire Chief John Bley said. It was unclear what caused the explosion on the first floor, he said, and there was a minor collapse inside the building but nothing structural.

Building resident Tszkan Cheung, who had been in his fourth-floor apartment eating lunch at the time, described what he heard as “boom, like a bombing, like an earthquake.”

He made it out of the building on his own but saw firefighters carrying out a woman with a severely damaged leg.

Resident Jinjoo Yang, who lives next door, said, “I heard a big sound. It sounded like something big fell from the next floor. I felt the whole floor shaking.”

The fire was under control shortly after 1:30 p.m. The cause of the fire hadn’t been determined.