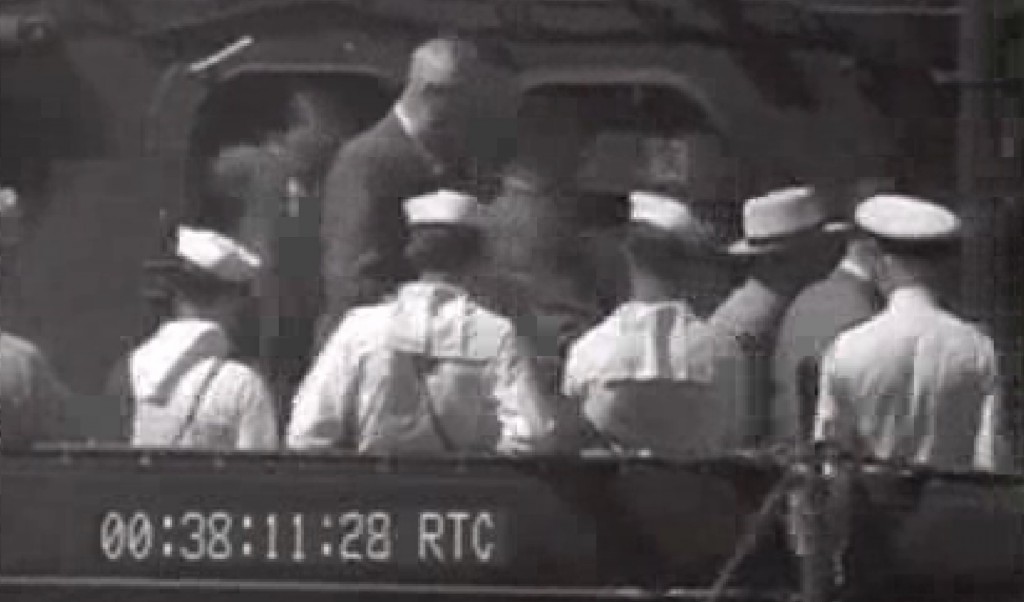 An eight-second clip showing President Franklin Delano Roosevelt being pushed in his wheelchair was discovered, depicting a secret that was hidden from the public until after his death.

The National Archives and the FDR Presidential Museum and Library couldn’t say for certain if other such footage exists, but both said the discovery by Ray Begovich, a journalism professor at Franklin College south of Indianapolis, is at least rare.

Roosevelt contracted polio in 1921 at age 39 and was unable to walk without leg braces or assistance. During his four terms as president, Roosevelt often used a wheelchair in private, but not for public appearances. News photographers cooperated in concealing Roosevelt’s disability, and those who did not found their camera views blocked by Secret Service agents.

The film shows Roosevelt visiting the USS Baltimore at Pearl Harbor in July 1944. The president is seen exiting a doorway on the ship and being escorted down what is apparently a ramp. The wheelchair is not clearly visible because the view of the president is screened by a line of sailors, but Roosevelt’s distinctive white hat can be seen gliding past the men at a lower level.

“To me, the importance of this clip as historic media imagery is that it reminds all of us that this president fought the Great Depression and World War II from a wheelchair. I think it’s a tragedy that we haven’t had many candidates for national office who use a wheelchair or guide dog or sign language,” Begovich said in a statement.