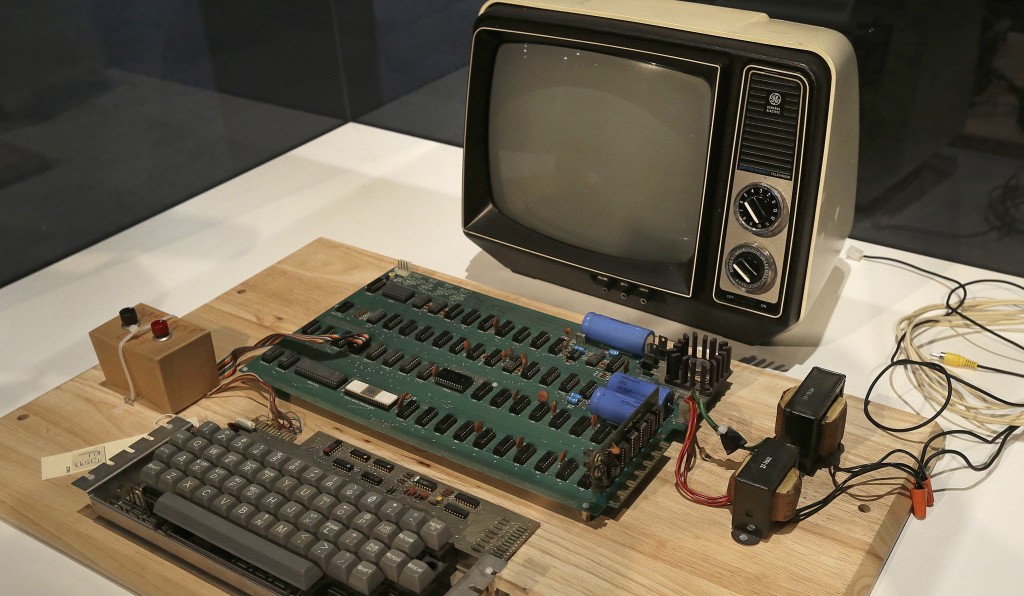 Known as the Apple 1, one of the first Apple computers ever built, sold Monday at a Christie’s auction. Bolaffi, an Italian collections company, said that it bought the computer. The seller was a retired school psychologist from Sacramento, Calif.

Vintage Apple products have become a hot item since Steve Jobs’ death in October 2011. Jobs joined forces with Steve Wozniak to build computer prototypes in a California garage, and Wozniak built the Apple 1.