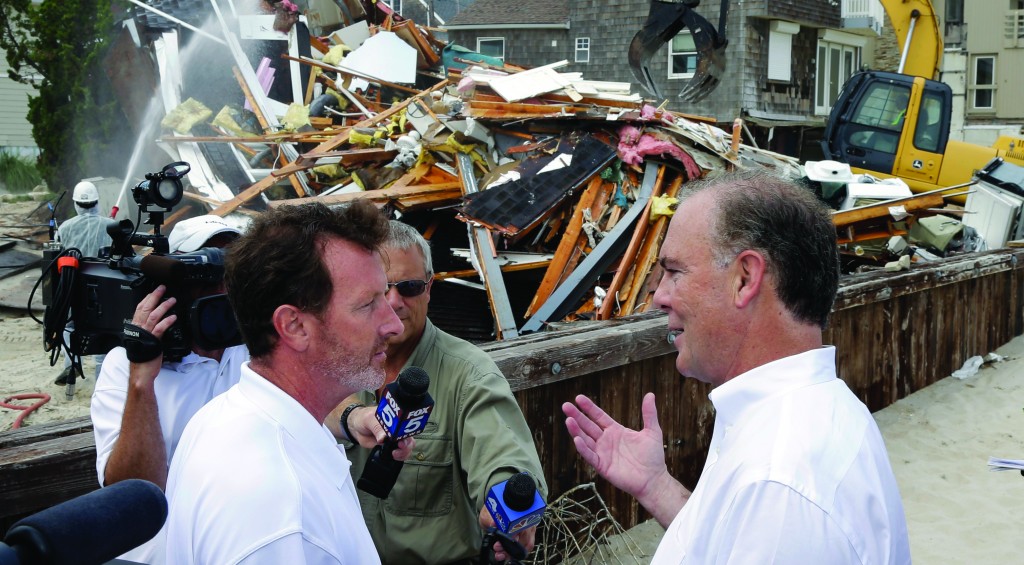 Along the New Jersey shore this year, the sounds of summer include earth-moving equipment still cleaning up the devastation wrought last year by Superstorm Sandy.

“We can’t start rebuilding until we get the demolition done,” Environmental Protection Commissioner Bob Martin said Wednesday during a tour of demolition being done in two barrier-island communities slammed by the storm.

Martin said about 3,000 of the estimated 300,000 New Jersey homes that received some storm damage will be torn down. So far, about 500 have been razed and many more will be soon.

In one program run by
the Federal Emergency Management Agency, the federal government pays 90 percent of demolition costs, with towns picking up the rest. So far, that program is being used in Brick and Toms River, and five other communities are in various stages of joining.

In the Normandy Beach section of Toms River, Rich and Janine Hennion watched and took pictures as an equipment operator knocked down their five-bedroom beachfront second home like it was a model, tossing aside a water heater, washer and dryer. The house, leaning back toward the beach, was in such bad shape that the owners never had a chance to get anything out after the storm.

“We’ve got to tear is down before we rebuild,” Rich Hennion said. “It’s a step in the right direction.”

The couple, who also live in Totowa, were planning to meet with an architect later Wednesday to plan their replacement house.

“We can walk and chew gum at the same time,” he said.