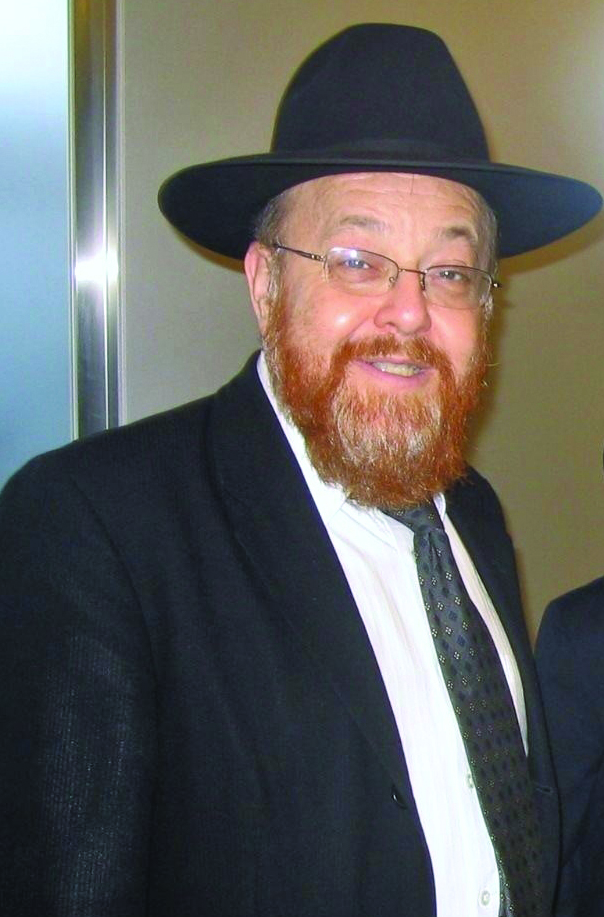 He was known as Rabbi Kohn, Elimelech, or just plain Tommy. But the warm, beloved rebbi in the Telshe Riverdale yeshivah who passed away early Tuesday morning following a difficult health battle left an indelible mark on his hundreds of talmidim, mostly adult newcomers to intensive Torah learning. Rabbi Elimelech Leib Kohn was 59.

Rabbi Moshe Prager, whose sister Chana Leah was married to Rabbi Kohn, told Hamodia shortly after the levayah Tuesday afternoon that his brother-in-law’s intellectual heft, coupled with his extreme devotion to giving a shiur and connecting to talmidim, made him a larger-than-life figure in the northwest Bronx neighborhood.

For the past 25 years, Rabbi Kohn led the “Time For Torah Fellowship” program in the Riverdale yeshivah for baalei batim who came to learn. He transformed the lives of hundreds of people through this very successful program.

Eli Kohn, a nephew, whose father Paul, z”l, was Rabbi Kohn’s sole sibling, said that theirs was a small family, and very close-knit.

Born in Vac, Hungary — known in Yiddish as Veitzen — the two Kohn brothers suffered a difficult childhood. Their father Elyakim was niftar when Tommy was three, and the family then immigrated to the United States where the two brothers attended Yeshivah Torah Vodaath.

Shortly after Tommy’s bar mitzvah, in 1972, he entered Telshe yeshivah, first the Cleveland branch, where he learned under Harav Mordechai Gifter, zt”l, then moving on to the Chicago branch, where he became a talmid of Harav Avrohom Chaim Levin and Harav Chaim Dov Keller.

Marriage to the daughter of Rabbi Shlomo Prager, a celebrated rebbi of the Yeshivah of Eastern Parkway, was followed by some time in Brisk in Yerushalayim and then a return to the United States, where the couple lived in Lakewood. It wasn’t long before the budding educator became a magnet for people of all kinds who wanted to learn.

Mrs. Chana Leah Kohn proved to be a helpmate and true partner to her husband, who had very little of his original family left — his mother Esther passed away more than 30 years ago, followed by his beloved only sibling, Paul. When he would give one of several shiurim each day, or had a parade of chavrusos coming through the door, she would manage their children and the home with confidence.

And though he grew up without a father, Rabbi Kohn was the ultimate father to his children. He loved them and was devoted to their care and needs.

His nephew Eli said, “He valued time tremendously; he utilized it to help his family, his children.”

As a young bachur, Rabbi Kohn’s son Eli said at the levayah, Rabbi Kohn made a firm kabbalah to never decline a request anyone makes of him to learn with them. As the years passed, he would eventually deliver shiurim on a weekly basis in Scarsdale, N.Y., the Riverdale yeshivah and several shuls, New Rochelle, N.Y., and his own home.

His Friday Chumash shiur in the Telshe yeshivah gathered about 75 people every week. People from all walks of life — professionals and blue collar workers, students and college grads — came for the intellectual enjoyment, and stayed for his caring nature.

“His hatzlachah,” Harav Avraham Ausband, Rosh Yeshivah of Telshe in Riverdale, exclaimed at the levayah, “was that he gave emesdige Torah, emesdige hashkafah. And with the emes, you could be mashpia [have an influence].”

Rabbi Kohn analyzed current events, the latest technology and scientific discoveries with the same scrutiny that characterized his shiurim and lectures. And many of his musings were written down. By the time of his petirah, he had voluminous stacks of manuscripts piled up.

“Why don’t you publish your writings? his wife would ask him.

“I have no time to print,” he would reply. “I have to give shiurim.”

But as his battle with cancer progressed and he grew weaker, Rabbi Kohn was forced to cut down on his daily schedule. His last shiur was delivered three weeks ago, in his home. He succumbed to his illness early Tuesday morning.

Kevurah is scheduled for Wednesday in the Eretz Hachaim cemetery in Beit Shemesh.

Shivah will be observed at 3140 Netherland Avenue in Riverdale until Monday morning.