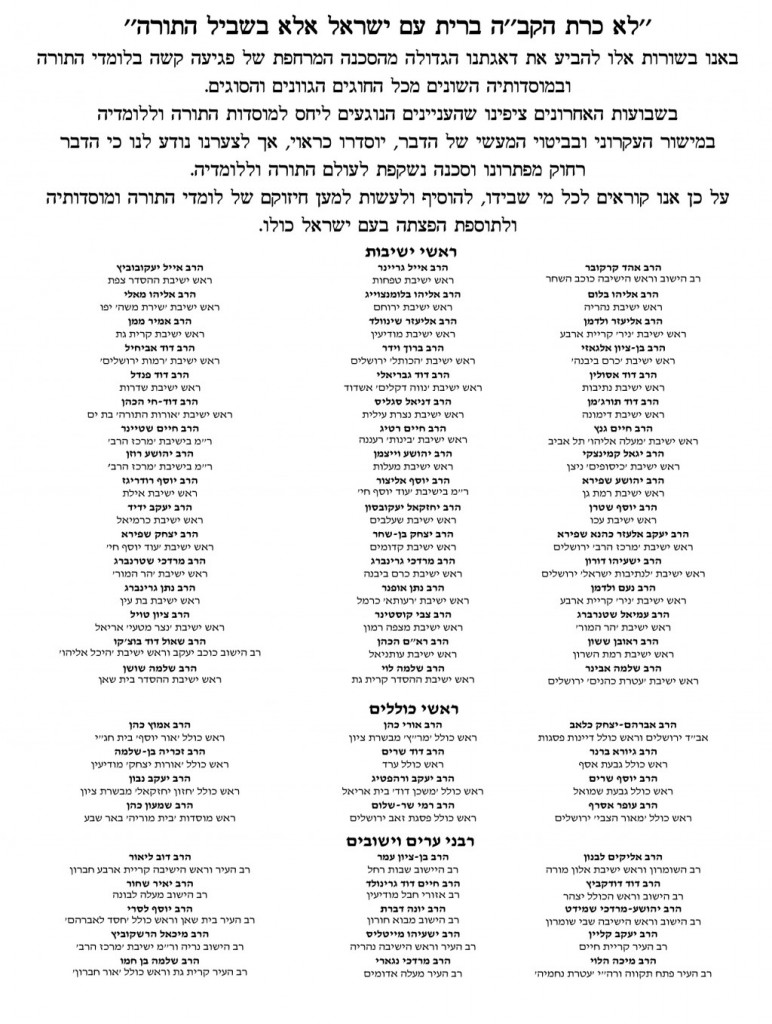 Rabbanim and Roshei Yeshivah in the National Religious sector publicized a signed protest notice in light of the destruction of Torah institutions and schools by the current government through the plans it intends to execute.

They note that they express their worry at the danger hovering over those who learn Torah and Torah institutions in all the sectors and of all different kindsThey note that they had hope, in light of the various promises they received from the representatives of the National Religious party, that things would work out. However, now that they see what is unfolding — they understand that the matters are far from being resolved, and there is a danger to the Torah world and lomdei Torah.

They are calling in their protest, and request anyone who can do anything to do so.

Hamodia’s reporter notes that the government’s actions against the Torah world have caused alarm and worry among Torah- observant Jews in Israel and around the world, who are apprehensive about the future. Jews around the world claim that this government, with all its components, bar none, violates the rights that Am Yisrael has in Eretz Yisrael, and that the destruction of the Torah world is both serious and dangerous to an extent that no one fathomed.

At this point, the different components of the government, with no exceptions, are not displaying any willingness to stem the tide. The Lapid-Bennett pair, which created the problem that everyone is warning about, continues to do its work. Every additional voice, Rabbanim and public figures note, that comes out against the government and its harsh positions, is vital and important, and will help the effort.