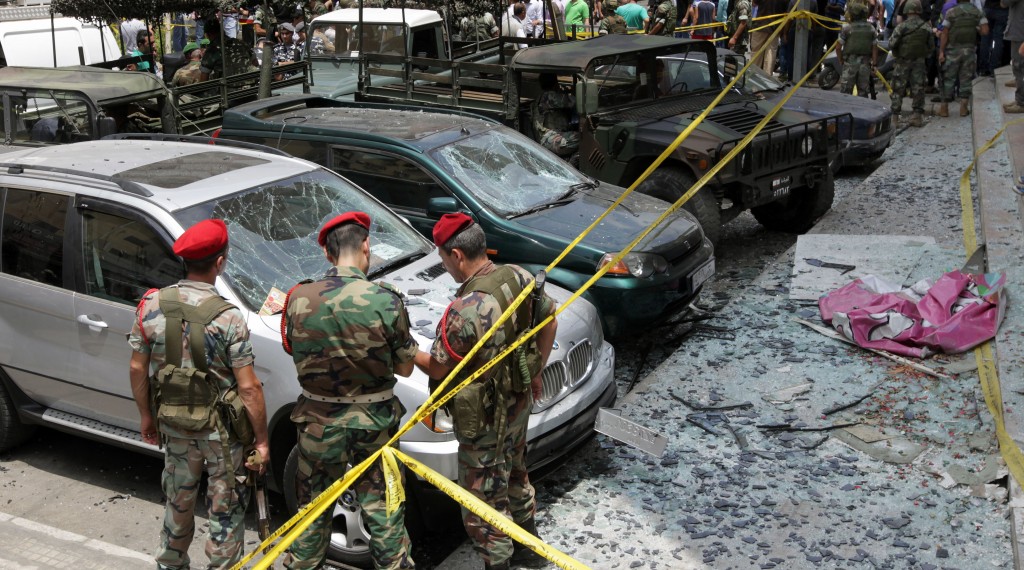 A powerful car bomb exploded in a Hizbullah stronghold in the southern suburbs of Beirut on Tuesday, wounding at least 53 people in the most troubling sign yet that Syria’s civil war is beginning to consume its smaller neighbor.

The blast in the heart of the Shiite terrorist group’s bastion of support raised the worrying specter of Lebanon being pulled into the violent Sunni-Shiite struggle in the region, with sectarian killings similar to those plaguing Syria and Iraq.

While there was no immediate claim of responsibility, there have been growing fears in Lebanon that Hizbullah could face retaliation for its now overt role fighting alongside Assad’s troops. The group’s fighters played a key role in a recent regime victory to retake control of the strategic town of Qusair, near the Lebanese border, where rebels held sway for more than a year. Syrian activists say Hizbullah fighters are now aiding a regime offensive in the besieged city of Homs.

Syria-based rebels and Islamist terrorist groups have threatened to target Hizbullah strongholds in Lebanon in retaliation.

The car bomb struck a bustling commercial and residential neighborhood in Beir el-Abed, an area of particularly strong Hizbullah support, as many Lebanese Shiites began observing the month of Ramadan. The blast went off in a parking lot near the Islamic Coop, a supermarket usually packed with shoppers.

Beir el-Abed is only few hundred yards (meters) from what is known as Hizbullah’s “security square,” where many of the party’s officials live and have offices. It was heavily bombed by Israeli warplanes during the monthlong war between Israel and Hizbullah in 2006.

The area, where Hizbullah leader Hassan Nasrallah once received dignitaries before the 2006 war, was completely destroyed by Israeli airstrikes. He has since gone underground, only rarely appearing in public and never for more than few minutes, fearing Israeli assassination.