Regional Lhota, Storobin Endorse Each Either in Respective Races
Regional 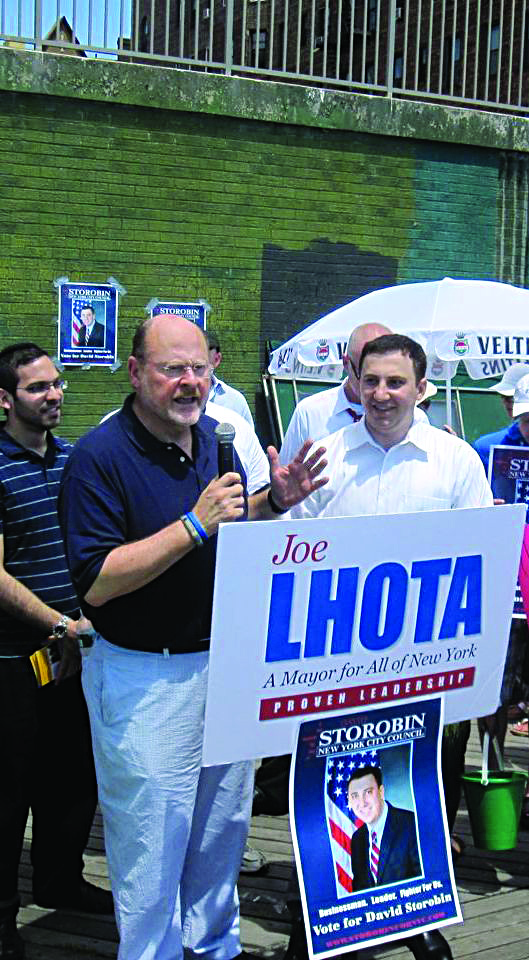 Mayoral candidate Joe Lhota and city council candidate David Storobin on Sunday endorsed each other at a joint appearance in Brighton Beach, pairing the two Republicans who both cite Rudy Giuliani as their inspiration for politics.

“David will be a true reform partner in City Hall,” Lhota said. “It’s critical we elect Joe Lhota as our next mayor,” Storobin echoed.

Lhota, a former deputy mayor in the Giuliani administration and chief of the MTA until this year, and Storobin, a former state senator, laid out an agenda that focuses on promoting job growth, crime reduction and school choice.

“We share a vision for strengthening the economy and quality of life for the people of Brooklyn, the borough I am also proud to call home,” Lhota, a practicing Catholic who says his mother was Jewish.

Storobin, the first Russian immigrant to serve in the state Senate, reciprocated in kind.

“Joe is a tested leader who knows what it takes to keep our city moving forward,” he said.

Lhota, in a close battle with billionaire John Catsimatidis for the GOP nod, will benefit from Storobin’s popularity in the mostly Russian Brighton areas.

Storobin is the sole Republican in the race to replace the term limited Mike Nelson, which features a heavy Democratic field, including Nelson aide Chaim Deutsch, Ari Kagan and Michael Treybich.