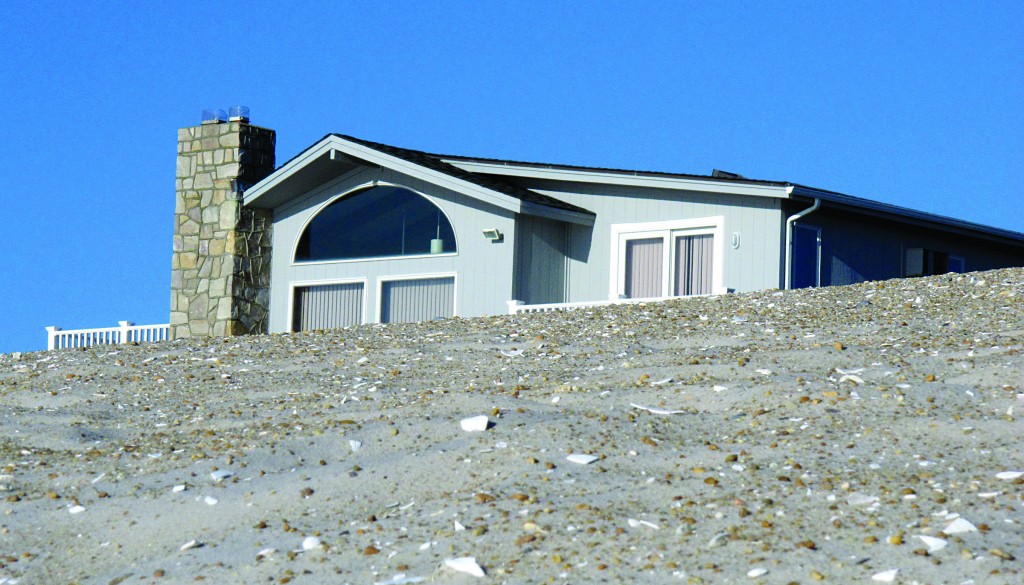 New Jersey’s highest court on Monday overturned a $375,000 jury award given to an elderly couple who complained that a protective sand dune behind their house blocked their ocean views.

In a ruling seen as a wider victory for towns that want to build barriers to protect themselves from storms, the state Supreme Court faulted a lower court for not allowing jurors to consider the dune’s benefits in calculating its effect on property value.

The sand dune in question saved the elderly couple’s home from destruction in Superstorm Sandy in October.

The 5-year-old case is being closely watched at the Jersey shore, which was battered by Sandy. Officials want to build protective dune systems along the state’s entire 127-mile coastline, but towns fear they won’t be able to if homeowners hold out for large payouts for lost views.

“Had we lost this case, I think beach replenishment would have been [over] in New Jersey,” Harvey Cedars Mayor Jonathan Oldham said. “We’re very pleased with the court’s ruling and look forward to competing with a fair set of rules. I’m happy for the whole island.”

The homeowners, Harvey and Phyllis Karan, had rejected the town’s offer of $300 in compensation for their lost views and insisted on a trial. Their Long Beach Island home is worth close to $2 million.

“The jury awarded the Karans $375,000 in damages, premised mostly on the loss of their oceanfront view,” the justices wrote. “Homeowners are entitled to the fair market value of their loss, not to a windfall, not to a payout that disregards the home’s enhanced value resulting from a public project.”