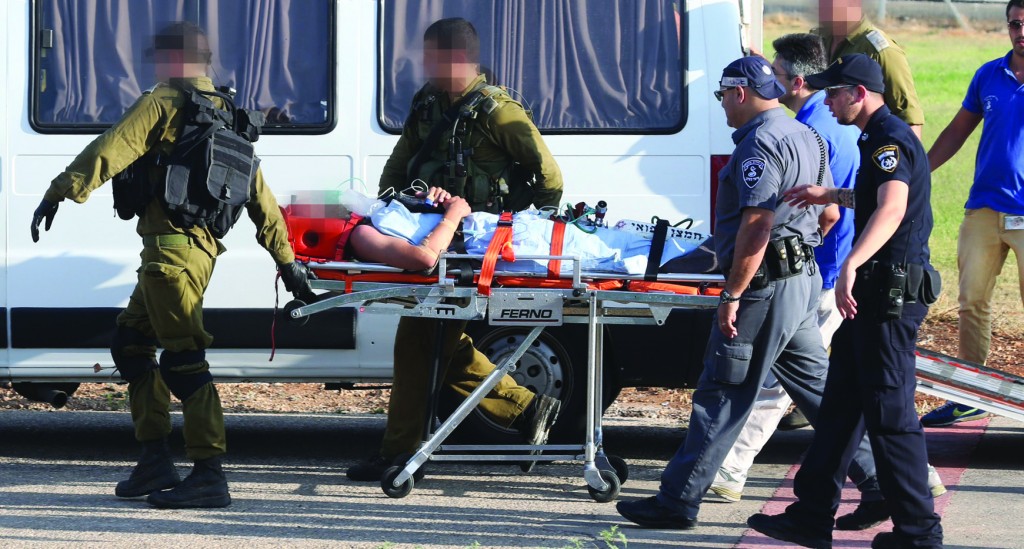 An Israeli pilot and navigator barely escaped with their lives as their F-16i crashed into the Mediterranean Sea off the coast of the Gaza Strip on Sunday, according to media reports.

The pilot and navigator ejected from the aircraft after the plane’s engine failed, and parachuted to the sea, where they were picked up an hour later by an IAF rescue unit, about 30 miles from Gaza.

The two-seater fighter jet was taking part in a training exercise when “a technical fault caused the engine to switch off,” a senior air force source told The Jerusalem Post.

“They both ejected and parachuted. They spent around an hour in the sea in close proximity to one another, before being rescued by helicopter by the 669 Airborne Rescue and Evacuation Unit,” the source added.

Both men were reported in good condition after their ordeal.

IAF chief Maj.-Gen. Amir Eshel temporarily grounded all F-16i and F15i training flights until an initial inquiry into the failure is completed. Both jets use the same Pratt and Whitney engine.

“These engines have tens of thousands of flight hours,” the air force source said. “We’ve experienced midair failures in the past,” he added.