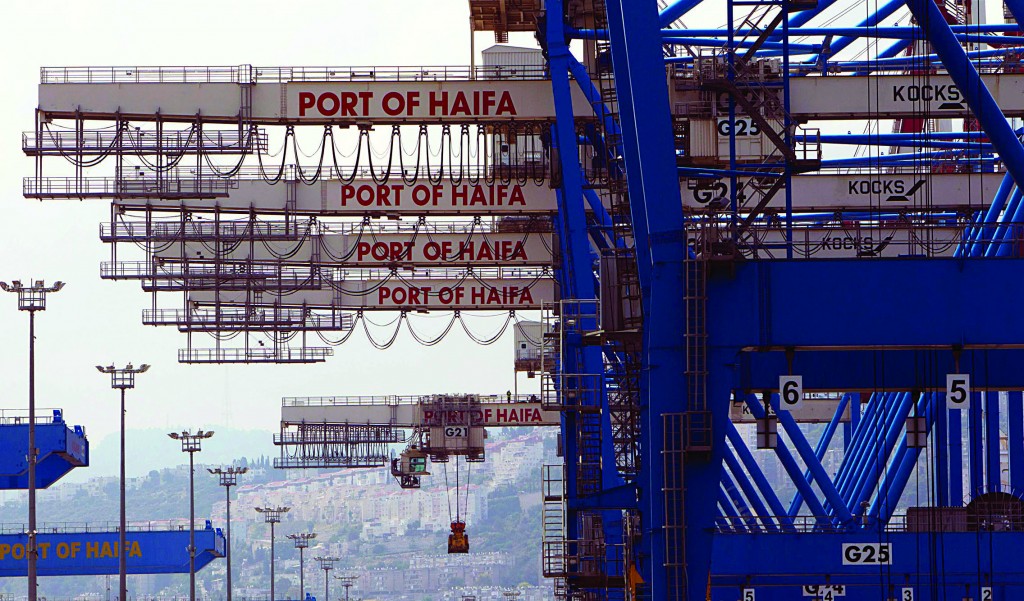 Israel issued a tender on Wednesday for two privately-run seaports to operate alongside state-owned terminals, a move to stimulate competition that puts the government on a collision course with powerful labor unions.

Unions at the country’s two largest ports have threatened action to prevent the emergence of competing private ports where they would have less influence over management.

For years the government had been unwilling to risk a confrontation that could paralyze vital sea routes. With Israel surrounded by unfriendly neighbors, 99 percent of its exports and imports are transported by ship.

Prime Minister Binyamin Netanyahu, who was reelected in January with a mandate for sweeping economic reforms, said no strike would prevent the tenders going ahead. The additional competition, he said, would lower prices of nearly all goods in Israel and make the country’s exports more attractive.

“No longer will 2,000 people be able to strangle the economy, paralyze the country,” Netanyahu said at a news conference. “The age of monopolies at Israel’s seaports is over and it will never return.”

Manufacturing, trade and shipping companies have long complained about poor service and lengthy waiting times in the state-operated ports of Ashdod and Haifa.

The two new Mediterranean terminals, at a cost of about $1 billion each, will be operated by foreign firms and will have enough capacity to host the world’s largest cargo ships, something not possible today. They will also create hundreds, if not thousands, of new jobs, according to government sources.

There was no immediate reaction from the port unions, who as effective gatekeepers to international commerce are likely to be severely weakened and may have to make concessions on working hours and pay or face lay-offs among their members.

The unions, as well as leaders from the 800,000 member umbrella Histadrut federation, have said they would never allow competing, private ports.

Transport Minister Yisrael Katz, who oversees the ports and earlier this year pushed through an “open skies” deal that liberalized aviation between Israel and Europe, told Reuters a number of foreign firms had taken an interest in the tender.

“There are big companies that already in preliminary talks with us have expressed much interest in operating the ports,” Katz said, without giving names. “There are American, Chinese, German companies that are interested in turning Israel into a hub.”