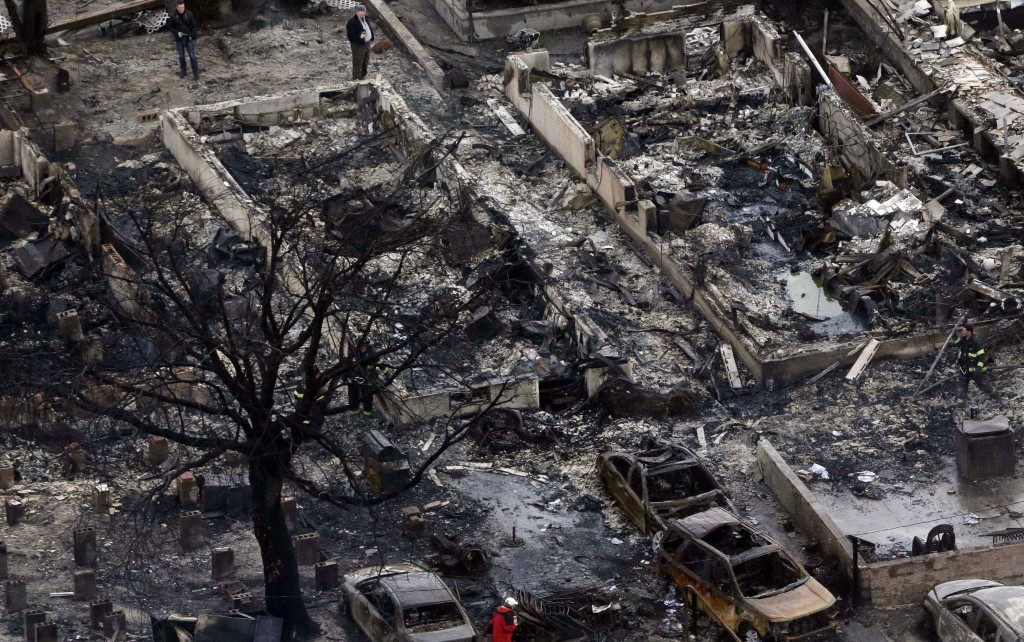 About 120 homeowners from the tight-knit Queens enclave of Breezy Point that was devastated by fires during Superstorm Sandy are suing two utility companies for negligence.

A lawsuit filed Tuesday in state Supreme Court in Queens says the Long Island Power Authority and National Grid failed to stop energy from flowing to their homes despite industry standards during emergency weather events.

Spokeswomen for the two utilities said in separate emails their companies’ responses were appropriate and the lawsuit’s claims were without merit.