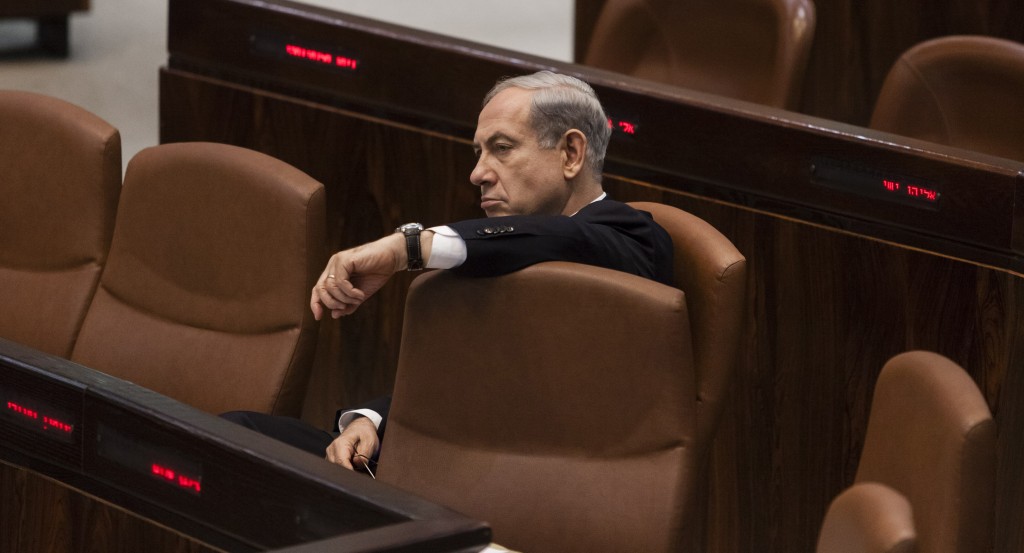 Yacimovich is quietly seeking support among other lawmakers in the Knesset for a bill that would bar any prime minister from serving more than two consecutive terms in office, Army Radio reported on Tuesday.

If successful, it would deny Netanyahu an opportunity to run for re-election after his current term expires.

Yacimovich has reportedly been talking with numerous figures outside of her party in recent weeks in order to gauge potential support for such a measure.

In order to push it through, Yacimovich would need Netanyahu’s own senior coalition partners, Yesh Atid chairman Yair Lapid and Jewish Home chief Naftali Bennett to sign on. Since both are believed to hunger for the premiership (Lapid has even said so publicly), there is reason to think they might join her on it.

However, a Netanyahu aide dismissed the notion, telling Army Radio that such a law would never pass High Court review, since it would be perceived as legislation targeting a specific individual.

“It would never pass the smell test with the High Court, since its purpose is to prevent the people’s will from being realized,” said a source close to Netanyahu.