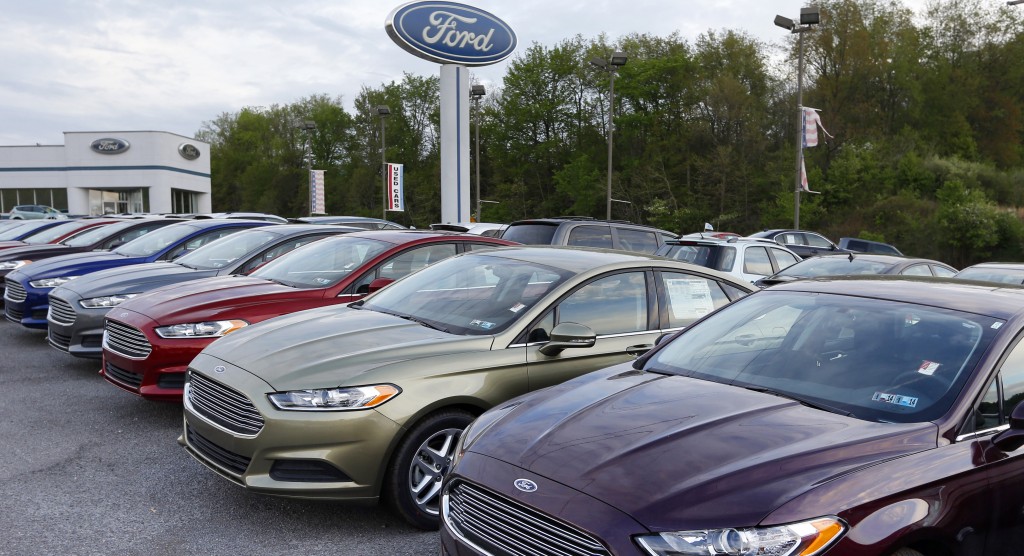 Three years ago, U.S. car buyers started trickling back into showrooms, after having largely sat out the recession. Now, that trickle has turned into a flood.

From owners of revitalized small businesses that need to replace aging pickups to new hires who need a fresh set of wheels for the daily commute, increasingly confident buyers pushed auto sales back to pre-recession levels in the first six months of this year. Sales in the January-June period topped 7.8 million, their best first half since 2007, according to Autodata Corp. and Ward’s AutoInfoBank. Automakers reported June sales Tuesday: They rose 9 percent to 1.4 million.

The outlook for the rest of 2013 is just as strong. The factors boosting sales — low interest rates, wider credit availability, rising home construction and hot new vehicles — will be around for a while, and experts are hard-pressed for answers when asked what could slow things down.

Analysts expect total sales of around 15.5 million cars and trucks in 2013, which would be 1 million more than in 2012. New cars and trucks sold at an annualized rate of 15.96 million in June, the fastest monthly pace since December 2007. From January to May, the pace averaged 15.2 million, according to Jessica Caldwell, a senior analyst at car buying site Edmunds.com.

Demand for big pickups has been the driving force. GM, Ford and Chrysler sold a combined 157,480 full-size pickup trucks in June. That is up around 25 percent from the same month a year ago, and almost double the number the companies sold in June 2009, a year in which total sales sank to a 30-year low. GM said its new Chevrolet Silverado and GMC Sierra, which went on sale last month, are spending just 10 days on dealer lots before being sold. A 60-day stay is typical.

The pickup boom helps everyone, but especially the Detroit automakers, which sell the vast majority of trucks. And prices are rising as automakers add fancier features. Pickup trucks sold for an average of $40,361 in June, up 2 percent from last year, according to Kelley Blue Book.

But trucks weren’t the only thing driving sales. Small and subcompact car sales were also strong, possibly because of young graduates shopping for new cars, said Kelley Blue Book analyst Alec Gutierrez. Relatively high gas prices also may have steered some buyers to more fuel-efficient models, he said. Gas averaged $3.60 a gallon nationwide in June, or 10 cents more than a year ago.

Consumer confidence hit a six-year high in June. And the Standard & Poor’s 500 index had its best first half since 1998, up 12.6 percent. Those measures correlate strongly to auto sales, since people have to feel optimistic and financially secure before buying a car.

At the same time, rates on auto loans remained near historic lows in June. The rate on a four-year new-car loan is averaging 2.7 percent, according to Bankrate.com.

Federal Reserve Chairman Ben Bernanke has pledged to keep short-term interest rates at record lows until the unemployment rate hits 6.5 percent, if not longer. The unemployment rate is currently 7.6 percent. Auto loan rates are pegged to short-term rates, so car buyers should enjoy low financing terms for a while longer.

Automakers can also keep rates low through their captive finance companies, Edmunds.com’s Caldwell said. She expects car companies to help keep rates low for a while, since raising them could hurt sales.

Auto executives said Tuesday that they’re not too concerned about loan rates, because there are so many other positive factors encouraging buyers. Ford’s U.S. sales chief, Ken Czubay, pointed out that there are still 4 million pickups on the road that are 12 years old or older and will likely need to be replaced soon.