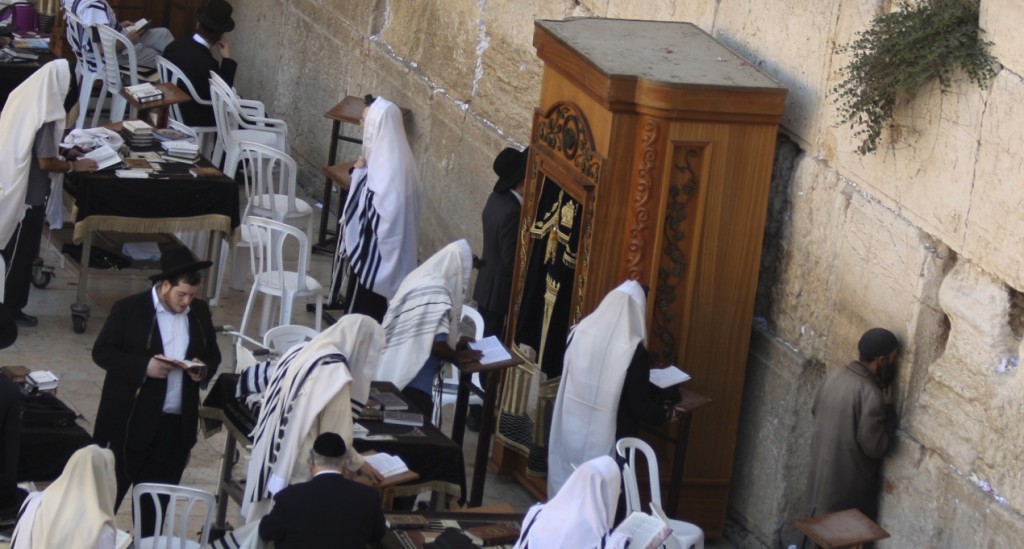 Prime Minister Benjamin Netanyahu has told leaders of the Reform movement that he supports plans for egalitarian services at the Kosel in the redesign of the plaza, according to a report in The Forward.

Netanyahu sought to reassure Rick Jacobs, president of the Union for Reform Judaism, in a June 27 meeting also attended by Natan Sharansky, head of the Jewish Agency.

“We asked the prime minister if he was committed to the plan and he was loud and clear in saying, ‘Absolutely,’” Jacobs said. Sharansky agreed: “He left no doubt that he is moving toward a strategic solution based on my proposal.”

Sharansky’s plan calls for the large plaza running up to the Kotel to be divided into two equal areas: one managed by the Rabbinate as it does today, providing separate prayer areas for men and women, and another in which heterodox activities will be permitted.

The redesign is to be implemented in two phases: The first, set for completion within a year, will include re-directing foot traffic to the Kosel into one joint entranceway, which will then be divided into the two sections, one separated by gender as per halachah, the other mixed.

The second phase, which requires complex permit procedures regarding archeological excavations and Muslim-controlled areas, will take another year. When the second phase is complete, the entire Kosel plaza will increase in size, according to The Forward.

In the meantime, Netanyahu has appointed a three-member panel — consisting of representatives of the cabinet secretary and the attorney general — to produce a formula for maintaining peace at the Kosel until the first year or more of reconstruction is completed.

All await their recommendations.