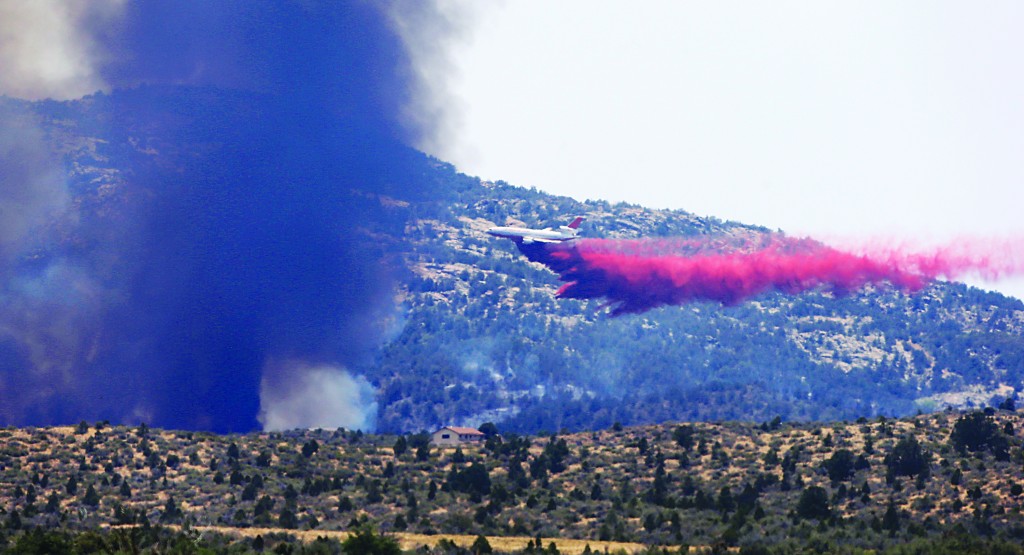 As the windblown blaze suddenly swept toward them, an elite crew of firefighting “Hotshots” desperately rushed to break out their emergency shelters and take cover on the ground under the heat-resistant fabric.

By the time the flames had passed, 19 men lay dead in the nation’s biggest loss of firefighters in a wildfire in 80 years.

The tragedy Sunday evening all but wiped out the 20-member Granite Mountain Hotshots, a unit based in the small town of Prescott, Prescott Fire Chief Dan Fraijo said. Only one member survived, and that was because he was moving the unit’s truck at the time, authorities said.

The deaths plunged the town into mourning, and Arizona’s governor called it “as dark a day I can remember” and ordered flags flown at half-staff.

“We are heartbroken about what happened,” President Barack Obama said while on a visit to Africa. He predicted the tragedy will force government leaders to answer broader questions about how they handle increasingly destructive and deadly wildfires.

The lightning-sparked fire — which had exploded to about 13 square miles by Monday morning — destroyed about 50 homes and threatened 250 others in and around Yarnell, a town of 700 people in the mountains about 85 miles northwest of Phoenix, the Yavapai County Sheriff’s Department said.

It was unclear exactly how the firefighters became trapped. Southwest incident team leader Clay Templin said the crew and its commanders were following safety protocols, and it appears the fire’s erratic nature simply overwhelmed them.

Brian Klimowski, meteorologist in charge of the National Weather Service’s Flagstaff office, said there was a sudden increase and shift in wind around the time of the tragedy. It’s not known how powerful the winds were, but they were enough to cause the fire to grow from 200 acres to about 2,000 in a matter of hours.

The Hotshot team had spent recent weeks fighting fires in New Mexico and Prescott before being called to Yarnell, entering the smoky wilderness over the weekend with backpacks, chainsaws and other heavy gear to remove brush and trees as a heat wave across the Southwest sent temperatures into the triple digits.

As a last-resort effort at survival, members are trained to dig into the ground and cover themselves with a one-man, bag-like shelter made of fire-resistant material, Fraijo said.

“It’s an extreme measure that’s taken under the absolute worst conditions,” Fraijo said. Even then, the shelters can be undone by heat and flame and do not always save lives. 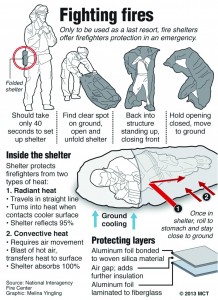 The flames apparently enveloped the shelters.

A makeshift memorial of flower bouquets and American flags formed at the Prescott fire station where the crew was based.