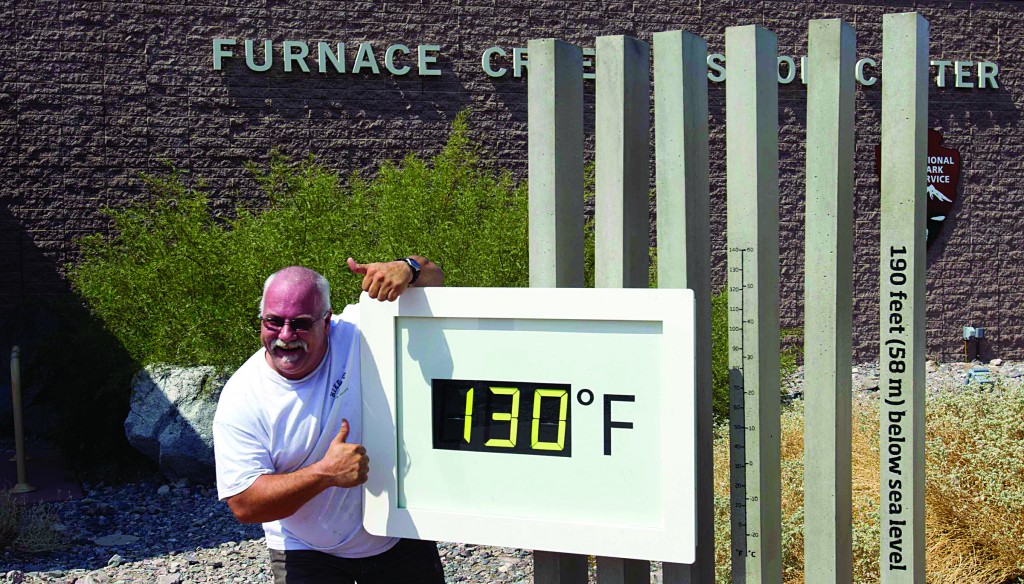 Scorching heat baked the western United States and Sunday’s forecast offered no relief from the soaring temperatures that prompted health warnings and sent scores of people to the hospital with heat-related illness.

Paramedics in Las Vegas, where the temperature hit 115 F (46 C), found an elderly man dead in his un-air-conditioned apartment on Saturday. The man had prior medical issues, and “either the heat got to him or the medical condition was aggravated by the heat,” Fire-Rescue spokesman Tim Szymanski said.

Scores of other people were treated for heat-related symptoms, including a man who pulled off a Nevada highway and called 911 to say he felt ill after driving for hours without air-conditioning. He was hospitalized in serious condition, Szymanski said.

“Daytime highs will yet again dangerously soar well past the century mark, and overnight lows will barely drop into the seventies and eighties,” the National Weather Service said on Sunday.

In Los Angeles County, many people have been hospitalized or treated for dehydration, exhaustion and heat stroke, a fire department spokesman said.

There were fears that migrants attempting to cross into the United States from Mexico would die in the desert. More border agents were added on the American side, said Brent Cagen, a spokesman for the Tucson sector of the U.S. Border Patrol. At least three people who tried to cross the border into Arizona were found dead this week, likely succumbing to the heat, he said.