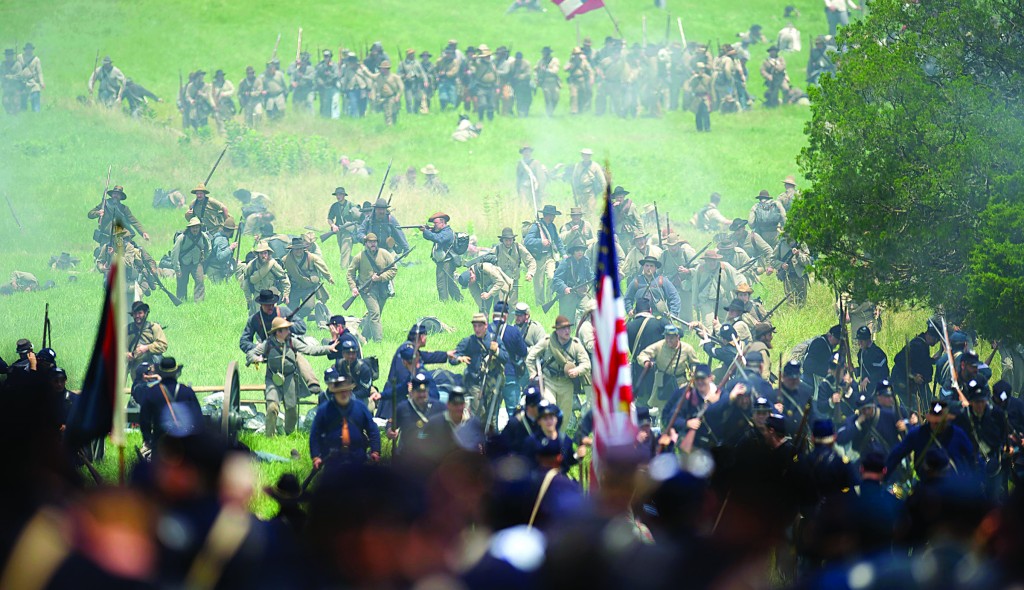 On the second day of fighting at Gettysburg, Confederate Gen. Robert E. Lee listened to scouting reports, scanned the battlefield and ordered his second-in-command, James Longstreet, to attack the Union Army’s left flank.

It was a fateful decision, one that led to one of the most desperate clashes of the entire Civil War — the fight for a piece of ground called Little Round Top. The Union’s defense of the boulder-strewn promontory helped send Lee to defeat at Gettysburg, and he never again ventured into Northern territory.

Why did Lee choose to attack, especially in the face of the Union’s superior numbers?

While historians have long wrestled with that question, geographers and cartographers have come up with an explanation by way of sophisticated mapping software that shows the rolling terrain exactly as it appeared from Lee’s vantage point. He simply couldn’t see throngs of Union soldiers amid the hills and valleys.

“Our analysis shows that he had a very poor understanding of how many forces he was up against, which made him bolder,” said Middlebury College professor Anne Knowles, whose team produced the most faithful re-creation of the Gettysburg battlefield to date, using software called GIS, or geographic information systems.

“Our goal is to help people understand how and why commanders made their decisions at key moments of the battle, and a key element that’s been excluded … in historical studies before is sight,” Knowles said.

Long before the advent of reconnaissance aircraft and spy satellites, a general’s ability to read the terrain and assess the enemy’s position and numbers was one of his most important tools. This was especially true at Gettysburg, where Lee was hampered by faulty intelligence.

The geographer applied GIS to find out what Lee could and couldn’t see. To reconstruct the battlefield, researchers used historical maps, texts and photos to note the location of wooden fences, stone walls, orchards, forests, fields, barns and houses, as well as the movement of army units. High-resolution aerial photos of the landscape yielded an accurate elevation model. All of it was fed into a computer program that can map data.

Lee is believed to have surveyed the battlefield from a pair of cupolas, one at a Lutheran seminary and the other at Gettysburg College, both of which had generally excellent views.

But a GIS-generated map, with illuminated areas showing what Lee could see and shaded areas denoting what was hidden from his view, indicates the terrain concealed large numbers of Union soldiers.

Historian Allen Guelzo, who wasn’t involved in the project, agreed that Lee’s view probably misled him. Guelzo, director of Civil War-era studies at Gettysburg College, took a visitor up to the school’s cupola and motioned toward the peak of Little Round Top, just visible in the distance.

“You can see a lot from up here, and Robert E. Lee might have thought on July 2 that he had seen everything,” said Guelzo, who has written a new book on the Battle of Gettysburg. “But in fact, the dips and folds of the ground, the foliage as it was on the ground in various groves and woods — all of that concealed what turned out to be the deadly truth.”