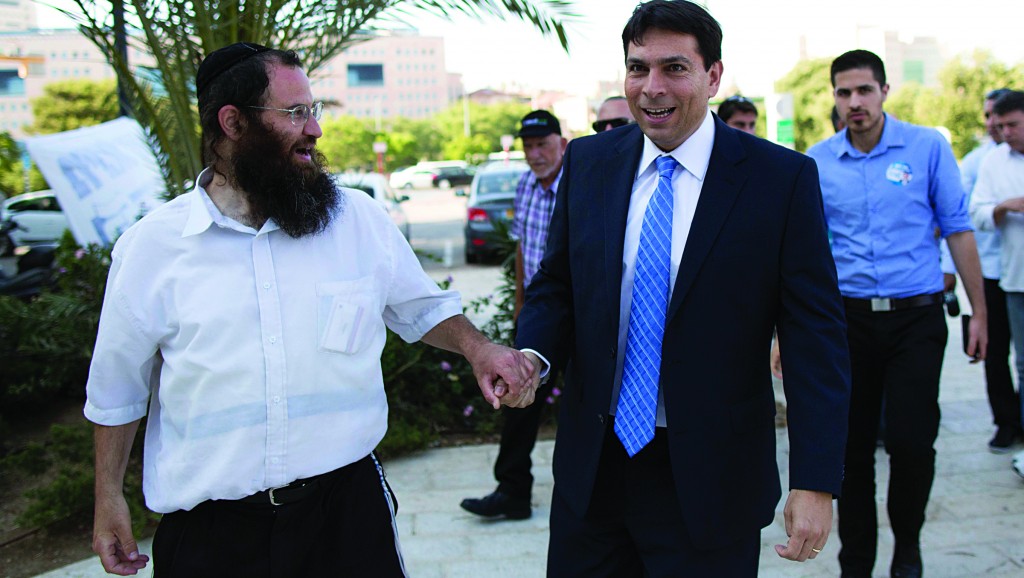 Likud members went to the polls on Sunday in an election of new leaders that was expected to reflect the party’s rightward surge in recent years.

Leading candidates for the top party posts were outspoken opponents of the two-state solution to the conflict with the Palestinians, likely to make any future attempt by Likud chairman Binyamin Netanyahu to accede to American proposals for concessions to the Palestinians more difficult than ever.

Some 80 percent of the 3,623 central committee members eligible to vote cast ballots on Sunday by the time polls in 10 cities closed at 10 p.m. Results were not yet available as Hamodia went to press.

MK Danny Danon was favored to capture the chairmanship of the central committee. Deputy Foreign Minister Ze’ev Elkin was expected to be chosen to head the ideological committee.

The voting took place against a backdrop of fierce infighting,
in particular between Communications Minister Gilad Erdan and Transportation Minister Yisrael Katz.

Katz, the incumbent chairman of the Likud secretariat, which controls party finances, was challenged by MK Miri Regev, who was supported by Erdan and Education Minister Gideon Saar.

“The Likud secretariat was paralyzed over the past decade, and there is a clear address,” Erdan said. “Katz, who has headed the secretariat for 10 years, is responsible for cutbacks to the Likud branches and the paralysis of the Likud’s administration. The secretariat served the interests of its head and not of the party.”

Katz retaliated with a letter to the Likud central committee members calling for an investigation into last January’s campaign operations, which were headed by Saar and Erdan.

“We need to investigate what happened in the election in order to reach conclusions and learn lessons for the future,” Katz wrote. “The investigation must find out how a party that had 56 million shekels in its coffers and led a government with unprecedented achievements won only 20 mandates and was left in debt. I can testify to my work for the party, and I expect my colleagues to do the same.”

As he cast his vote on Sunday, Danon asked the party’s leaders to call off the brawl. “We have to work together after the election,” he said.

Elkin said, “What matters is that the Likud institutions are coming back to life. People don’t struggle over what is dead.”

Prime Minister Binyamin Netanyahu, who has stood aside in this round of internal party battles, did not endorse any candidates and voted from his office for security reasons.