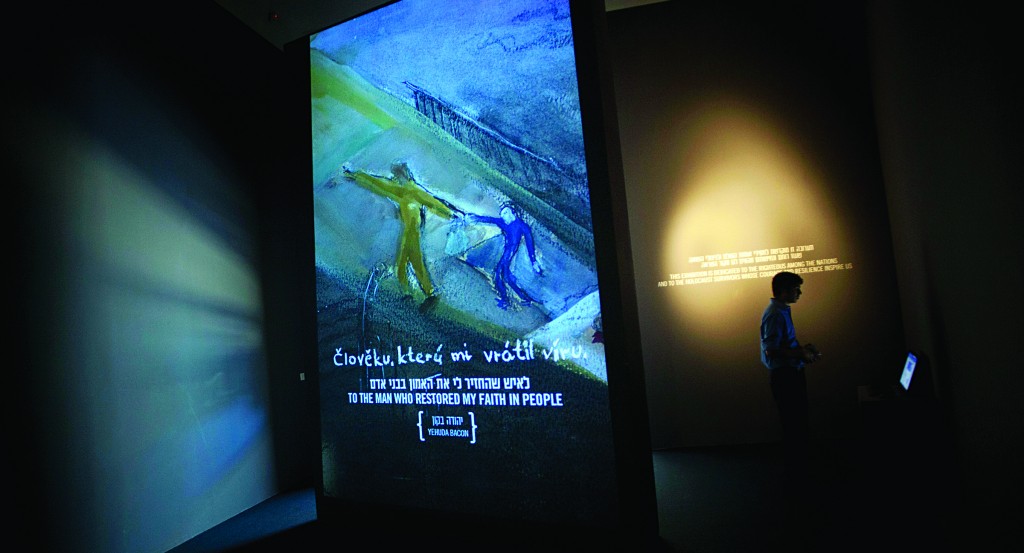 Yad Vashem has unveiled a new exhibition dedicated to the 24,811 people from 47 countries who have been honored as “Righteous Among the Nations,” gentiles who acted heroically to save Jewish lives during the Holocaust.

A special committee, chaired by a retired Supreme Court justice, is responsible for vetting every case before awarding the title. Following a lengthy process, between 400 and 500 people are typically recognized each year.

“The next generations need to know about these rare stars amid the darkness,” said Rabbi Yisrael Meir Lau, who heads Yad Vashem’s advisory council. He himself credits one of those honored, a non-Jewish
Russian named Feodor Mikhailichenko, with saving him as a child in the Buchenwald concentration camp.

“These people risked themselves, risked their families to protect us,” the former Ashkenazi Chief Rabbi of Israel said at Wednesday’s opening ceremony. “There were lots of righteous, but not enough.”

The exhibition, “I Am My Brother’s Keeper,” features five eight-minute-long animated video presentations of rescue stories projected in a dark, cavernous hall.

Museum official Yehudit Shendar, who curated the exhibit, said the stories spoke volumes about the courage of the righteous and about the fortitude of the survivors who pushed for their rescuers to be recognized.

“They survived, they made it, and they tried to … remember the horrors, remember the evil, but also take out some hope, something positive,” she said.