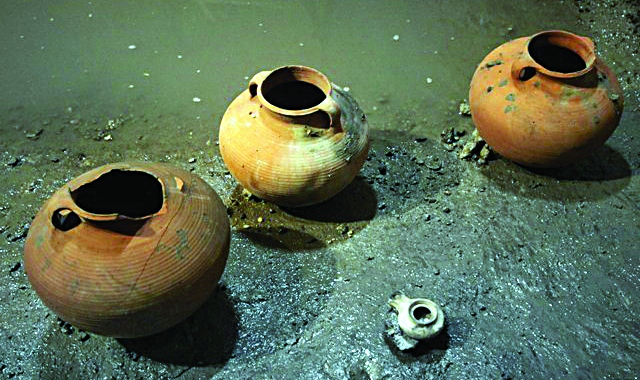 Recently a small ancient cistern was exposed in an archaeological excavation the Israel Antiquities Authority is conducting near the Kosel, in the vicinity of Robinson’s Arch.

Inside the cistern were three intact cooking pots and a small ceramic oil lamp that date to the end of the Bayis Sheini period. The vessels were discovered inside the drainage channel that was exposed in its entirety from the Shiloah Pool in the City of David to the beginning of Robinson’s Arch.

Eli Shukron, the excavation director, said, “This is the first time we are able to connect archaeological finds with the famine that occurred during the Roman siege of Yerushalayim.

“The complete cooking pots and ceramic oil lamp indicate that the people went down into the cistern, where they secretly ate the food that was contained in the pots, without anyone seeing them, and this is consistent with the account provided by Josephus.”