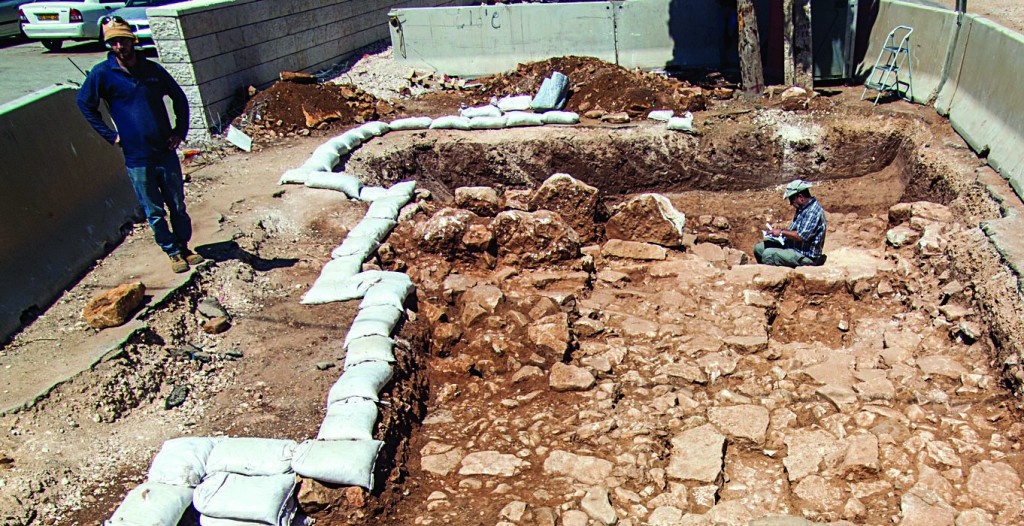 Archeologists have discovered a section of a Roman road in Yerushalayim believed to be about 1,800 years old.

According to the excavation director of the Israel Antiquities Authority, “This is the first time we have encountered such a finely preserved section of the road in Yerushalayim.”

The road was exposed during excavation prior to the installation of a drainage pipe by the Moriah Company.

The ancient road leading from Jaffa to Yerushalayim, which dates to the end of Bayis Sheini, was exposed this past fortnight in the Beit Hanina neighborhood in the northern part of the capital.

The 24-foot-wide road was bounded on both sides by curbstones. The road itself was built of large flat stones fitted to each other to create a comfortable surface for walking. Some of the pavers were very badly worn, indicating the extensive use that was made of the road, and over the years the road also underwent a series of repairs.

According to David Yeger, excavation director, “Several segments of the road were previously excavated by research expeditions of the IAA, but such a finely preserved section of the road has not been discovered in the city until now.

“The Romans attached great importance to roads in the empire. They invested large sums of money and utilized the most advanced technological aids of the period in order to crisscross the empire with roads. These served the government, military, economy and public by providing an efficient and safe means of passage. Way stations and roadside inns were built along the roads, as well as fortresses to protect the travelers. The construction and maintenance of the roads was assigned to military units, but civilians also participated in the work as part of the compulsory labor imposed on them by the authorities.”