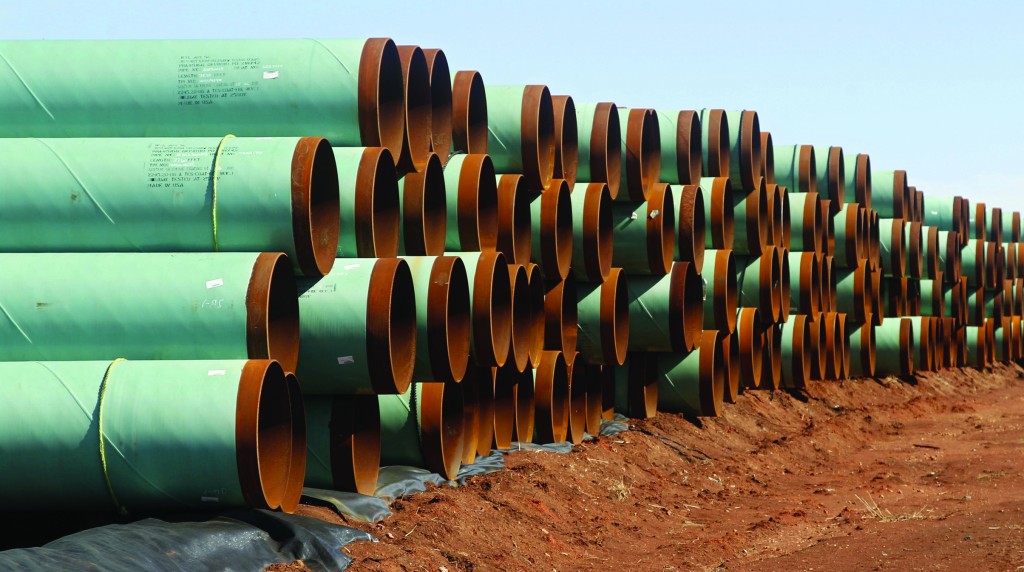 President Obama declared the debate over climate change and its causes obsolete Tuesday as he announced a plan to tackle pollution and prepare communities for global warming.

In a speech at Georgetown University, Obama warned Americans of the deep and disastrous effects of climate change, urging them to take action before it’s too late.

“As a president, as a father and as an American, I’m here to say we need to act,” Obama said.

Obama announced he was directing his administration to launch the first-ever federal regulations on heat-trapping gases emitted by new and existing power plants — “to put an end to the limitless dumping of carbon pollution.”

Other aspects of the plan will boost renewable energy production on federal lands, increase efficiency standards and prepare communities to deal with higher temperatures.

Republican critics in Congress blasted the plan as a job-killer that would threaten the economic recovery. Obama dismissed those critics, noting the same arguments have been used in the past when the U.S. has taken other steps to protect the environment.

Obama also offered insight into his administration’s deliberations on Keystone XL, an oil pipeline whose potential approval has sparked an intense fight between environmentalists and energy producers.

The White House has insisted the State Department is making the decision independently. Obama said Tuesday he’s instructing the department to approve it only if the project won’t increase overall, net emissions of greenhouse gases.

“Allowing the Keystone pipeline to be built requires a finding that doing so would be in our nation’s interests,” Obama said. “Our national interest would be served only if this project does not significantly exacerbate the problem of carbon pollution.”

A top aide to House Speaker John Boehner said the remarks indicated that the pipeline should be approved.

“The standard the president set today should lead to speedy approval of the Keystone pipeline,” Boehner spokesman Brendan Buck said.

Still, environmentalists took heart in Obama’s remarks, noting it was the first time the administration had directly linked approval of the pipeline to its effect on pollution. The White House has previously resisted efforts by environmental groups to link the Keystone project to broader effort curb carbon pollution from power plants.

Obama mocked those who deny that humans are contributing to the warming of the planet, adding that he “doesn’t have much patience” for anybody who refuses to acknowledge the problem.

“We don’t have time for a meeting of the flat-earth society,” Obama said.

Obama’s plan marks the president’s most prominent effort yet to deliver on a major priority he laid out in his first presidential campaign and recommitted to at the start of his second term: to fight climate change in the U.S. and abroad and prepare American communities for its effects.

By expanding permitting on public lands, Obama hopes to generate enough electricity from renewable energy projects to power the equivalent of 6 million homes by 2020, effectively doubling the electric capacity federal lands now produce. He also set a goal to install 100 megawatts of energy-producing capacity at federal housing projects by the end of the decade.

Obama also announced $8 billion in federal loan guarantees to spur investment in technologies that can keep carbon dioxide produced by power plants from being released into the atmosphere.

But the linchpin of Obama’s plan is the controls on new and existing power plants. Forty percent of U.S. carbon dioxide emissions, and one-third of greenhouse gases overall, come from electric power plants, according to the federal Energy Information Administration. The Obama administrationalready has proposed controls on new plants, but those controls have been delayed and not yet finalized.

Tuesday’s announcement came just weeks after Obama’s nominee to head the Environmental Protection Agency, Gina McCarthy, assured senators during her confirmation process that the EPA was “not currently” developing any regulations on existing sources of greenhouse gases. McCarthy said if EPA were to look at such regulations, it would allow states, the public and others to “offer meaningful input on potential approaches.”

Republicans dismissed Obama’s plan, calling it a “war on coal” and a “war on jobs,” reflecting the opposition to climate legislation on Capitol Hill that prompted a frustrated Obama to sidestep lawmakers and take action himself.

“It’s tantamount to kicking the ladder out from beneath the feet of many Americans struggling in today’s economy,” Senate Minority Leader Mitch McConnell (R-Ky.), said on the floor of the Senate.