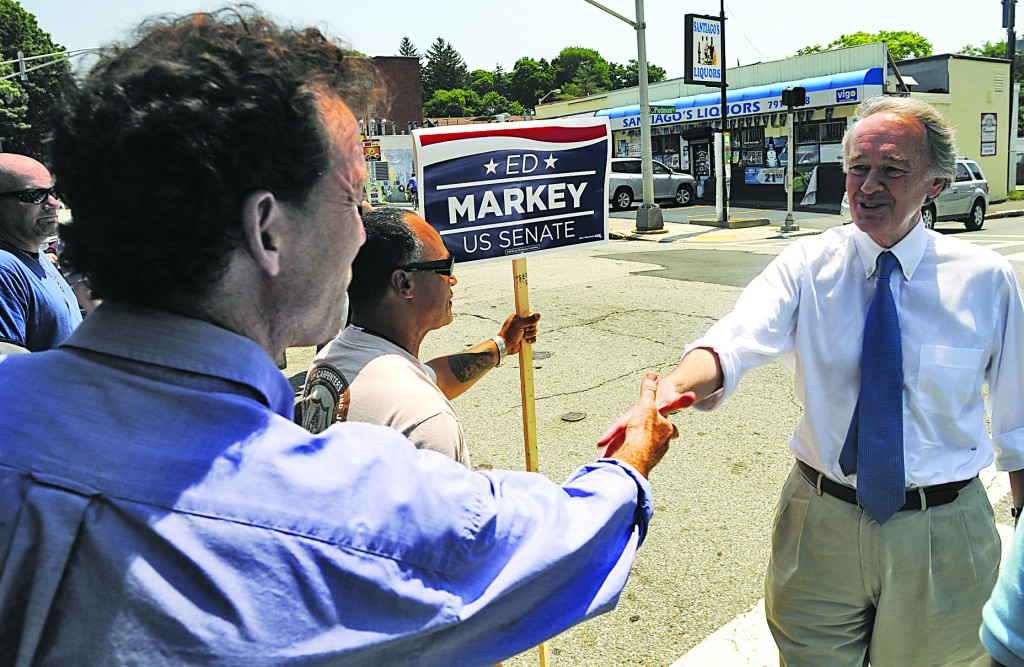 Democratic Rep. Edward Markey and Republican Gabriel Gomez both expressed confidence in the messages they delivered to voters during their campaigns to succeed John Kerry in the U.S. Senate, a race where relatively few people were expected to vote in Tuesday’s special election.

Both candidates made a series of stops in the campaigns’ final hours, culminating with election eve rallies Monday night, while their staffers cranked up their all-important ground games designed to get as many of their voters to the polls as possible.

On Tuesday, both men themselves voted and reflected briefly on the shortened campaign season. The Senate seat opened when Kerry resigned to become Secretary of State.

Markey, 66, voted with his wife in his hometown of Malden. He said the length of the campaign didn’t prevent him from repeatedly crisscrossing the state and letting voters know what he stands for. He has said his campaign called or rang the doorbells of 3 million prospective voters in the past several days.

“I have delivered a message on gun safety, on a woman’s right to choose, on creating more jobs and I think that message has been delivered and I feel very good about today,” he said. “And tonight we gonna have a very good night.”

Markey has led in the polls but said Monday that he’s taking nothing for granted.

“There is no overconfidence in this entire operation,” Markey told reporters after an evening rally in Malden.

Gomez, 47, a political newcomer who worked for a Boston-based private equity firm before jumping into the race, voted in Cohasset, where he lives with his wife and four children. He said he was humbled and proud of the opportunity to vote for himself, saying the election was about choosing the future over the past and what he called Markey’s failure to take on the important issues, despite 37 years in office.

“Where I come from, that is mission incomplete,” said the former Navy SEAL, adding he was asking for just 17 months, the remainder of Kerry’s term.

“Give me a chance to go down there for 17 months and accomplish the mission, which I’ve done all my life,” Gomez said.

In Cambridge, Lori Berenson, 51, said she voted for Markey, mainly because she was skeptical of one of Gomez’s main campaign pitches: his request for just 17 months in office.

“He thinks in 17 months he’s going to accomplish what Markey hasn’t done in 37 years?” she said.

Berenson added she doesn’t think poorly of Gomez and said he’s been successful in all he’s done. She said she expects he’ll run for office again.

Massachusetts state Secretary William Galvin said Monday that he expected a lackluster turnout, with no more than 1.6 million of the state’s 4.3 million registered voters to cast ballots in the special election, well below the 2.2 million who voted in a 2010 special election, won by Republican Scott Brown, to succeed the late Sen. Edward Kennedy.

Based on a number of factors, including absentee ballots and the relatively few inquiries to his office about the election, the current race was not matching the intensity of the 2010 election, Galvin said.