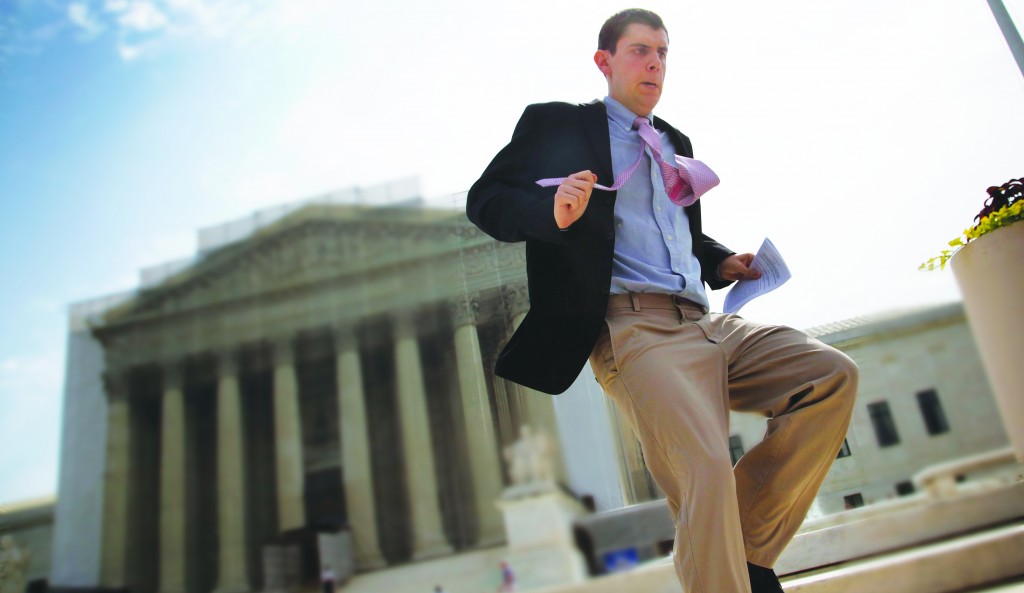 A sharply divided Supreme Court on Monday decided to make it harder for Americans to sue businesses for retaliation and discrimination, leading a justice to call for Congress to overturn the court’s actions.

The court’s conservatives, in two 5-4 decisions, ruled that a person must be able to hire and fire someone to be considered a supervisor in discrimination lawsuits, making it harder to blame a business for a co-worker’s racism or other forms of discrimination.

The court then decided to limit how juries can decide retaliation lawsuits, saying victims must prove employers would not have taken action against them but for their intention to retaliate.

Justice Ruth Bader Ginsburg wrote both dissents for the court’s liberal wing, and in a rare move, read them aloud in the courtroom. She said the high court had “corralled Title VII,” a law designed to stop discrimination in the nation’s workplaces.

“Both decisions dilute the strength of Title VII in ways Congress could not have intended,” said Ginsburg, who then called on Congress to change the law to overturn the court.

In the first case, the University of Texas Southwestern Medical Center wanted a discrimination lawsuit won by Dr. Naiel Nassar thrown out. Nassar, after complaining of harassment, left in 2006 for another job at Parkland Hospital, but the hospital withdrew its job offer after one of his former medical center supervisors opposed it. Nassar sued, saying the medical center retaliated against him for his discrimination complaints by encouraging Parkland to take away his job offer. A jury awarded him more than $3 million in damages.

The medical center appealed, saying the judge told the jury it only had to find that retaliation was a motivating factor in the supervisor’s actions, called mixed-motive. Instead, it said, the judge should have told the jury it had to find that discriminatory action wouldn’t have happened “but-for” the supervisor’s desire to retaliate for liability to attach.

Justice Anthony Kennedy, who wrote the opinion, agreed with the lower court and the university, saying people “must establish that his or her protected activity was a but-for cause of the alleged adverse action by the employer.” But he didn’t rule completely for the medical center, sending the case back to the lower courts after saying a decision on the resolution “is better suited by courts closer to the facts of this case.”

“If courts were allowed to label employees with little managerial authority as ‘supervisors,’ that would have substantially increased the number of frivolous lawsuits brought against small businesses and would have done little, if anything, to reduce harassment,” she said. “For small businesses, the increased possibility of liability and ensuing costs would have been devastating. We are very pleased with the Supreme Court’s decision.”

In the second case, Maetta Vance, who was a catering specialist at Ball State University, accused a co-worker, Shaundra Davis, of racial harassment and retaliation in 2005. Vance sued the school under the Civil Rights Act of 1964. But a federal judge threw out her lawsuit, saying that since Davis could not fire Vance, she was only a co-worker, and since the university had taken corrective action, it was not liable for Davis’ actions.

Justice Samuel Alito, who wrote the majority opinion, said for the university to be liable, Davis must have had the authority to “hire, fire, demote, promote, transfer, or discipline” Vance.

Alito shook his head as Ginsburg read her dissent. “The court’s disregard for the realities of the workplace means that many victims of workplace harassment will have no effective remedy,” she said.