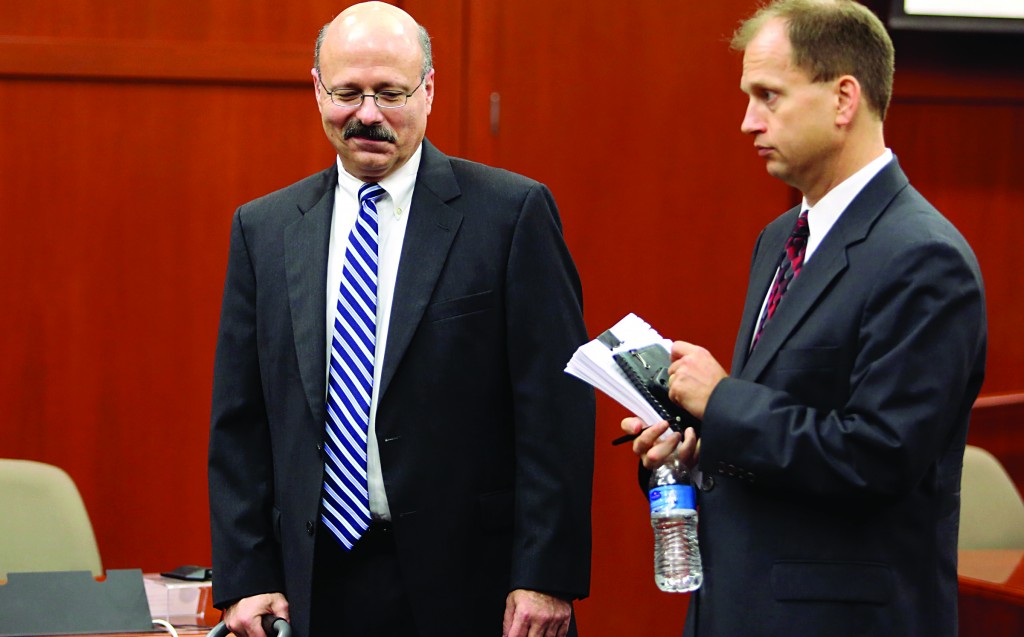 The six jurors and four alternates who will hear opening statements Monday in George Zimmerman’s murder trial are beginning their time together in a sequestered bubble: They won’t return to their homes for weeks, contact with family and friends will be limited, and Internet and phone usage is restricted.

Court officials are keeping mum about the details of the jury sequestration, which began this weekend. But judging by past cases, they are likely to read only newspapers that have been censored of anything dealing with the case. They will do almost everything together as a group. In their hotel rooms, news channels will be inaccessible and landline telephones likely will be removed. Deputies will keep the jurors’ cellphones and give them back once a day so they can call family and friends.

Prosecutors and defense attorneys say the sequestration is necessary to eliminate jurors’ exposure to outside influences as they consider whether the neighborhood watch volunteer committed murder last year when he fatally shot 17-year-old Trayvon Martin. After spending almost two weeks picking a jury, the attorneys will make opening statements Monday.

“Your contact with the outside world will be severely limited,” prosecutor Bernie de la Rionda warned potential jurors last week.

The Seminole County’s Clerk of Courts has budgeted $150 per person per day to cover room, board and entertainment for the length of the trial, said Maryanne Morse, the clerk. Given that it could last from two weeks to a month, the total cost of sequestration could range from $21,000 to $45,000. That doesn’t include the cost of keeping deputies assigned to the group for security.

Court spokeswoman Michelle Kennedy wouldn’t comment on the details or logistics of sequestration, or even how jurors will  spend the Fourth of July.

“Their comfort is going to be our top priority,” Kennedy said.

The six jurors and four alternates in Zimmerman’s trial were whittled down from a pool of 40 candidates who had made it into a second round of interviews after questions about their views on firearms, self-defense and crime. The jurors are all women, and the alternates are two men and two women. Their identities are not being released to protect their privacy.

Zimmerman, 29, says he acted in self-defense in shooting Martin in the central Florida community of Sanford, where Zimmerman lived.

Martin’s shooting death on Feb. 26, 2012 — and the initial decision not to charge him — led to public outrage and demonstrations around the nation, with some accusing Sanford police of failing to thoroughly investigate the shooting.