General Stocks Recover on Wall Street After a 2-Day Plunge 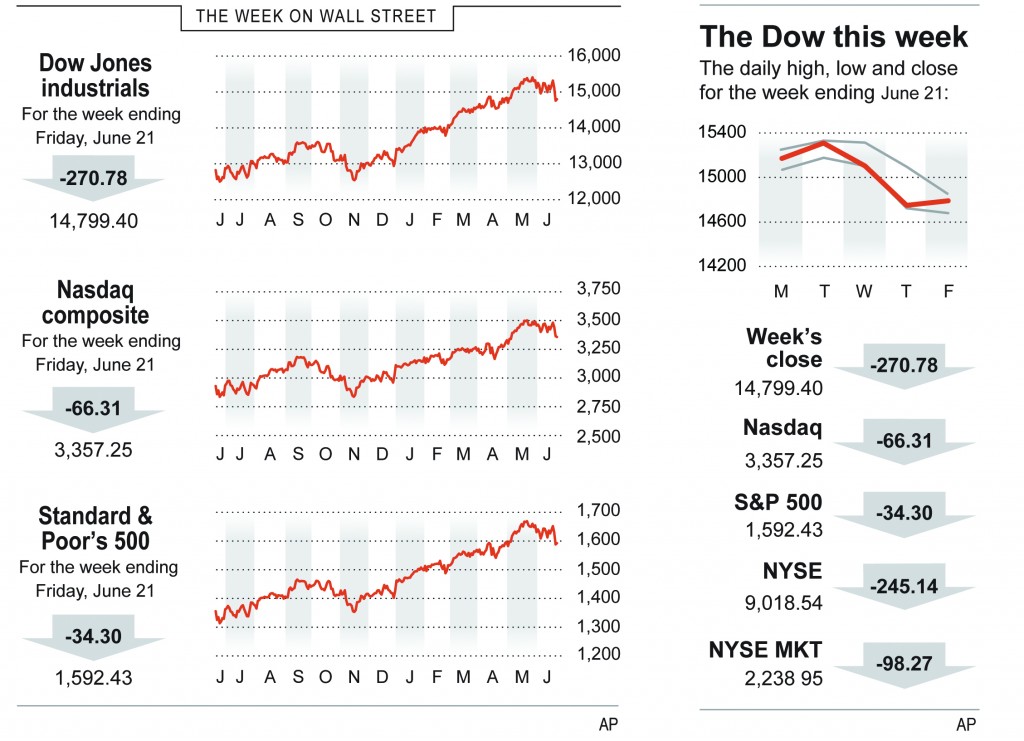 Traders decided that the stock market has suffered enough, at least for now.

After a two-day plunge, stocks ended the week with an advance on Friday, suggesting that Wall Street may be successfully weaned from the Federal Reserve’s easy money after all.

The Fed’s move also pushed up the yield on the 10-year Treasury note to the highest level in almost two years as investors bet that U.S. interest rates will rise.

Investors had known that sooner or later the Fed would quit spending $85 billion per month pumping money into the U.S. economy.

That money has been a big driver behind the stock market’s bull run the last four years. It led to low interest rates that encouraged borrowing for everything from factory machinery to commercial airplanes to home renovations. Has the economy been great? No. Unemployment is still high and U.S. growth has been anemic. But it could have been worse. Investors were confident enough in a growing economy that the Standard & Poor’s 500 index hit an all-time high of 1,669 on May 21.

Then on Wednesday, the Fed said it would aim to turn off that spigot by the middle of next year as long as the economy is strong enough.

Just because investors knew it was coming didn’t mean they liked it. The Dow dropped 560 points on Wednesday and Thursday.

The gains were led by the kinds of stocks that investors favor when they want to play it safe. Makers of consumer staples, utilities, and health care companies rose the most of the 10 industries in the S&P 500 index. The only two categories that fell were technology stocks and companies that make basic materials.

Friday’s gain wasn’t enough to erase the market’s loss for the week. The S&P 500 fell 2.1 percent for the week, and the Dow was down 1.8 percent. Stocks have now fallen two weeks in a row, and four of the past five.

The yield on the 10-year Treasury note hit 2.54 percent, up from 2.42 percent late Thursday. It has risen sharply since Wednesday as investors sold bonds in anticipation that the Fed would slow, and eventually end, its bond purchases, if the U.S. recovery continues.

The yield, which is a benchmark for interest rates on many kinds of loans including home mortgages, was as low as 1.63 percent as recently as May 3.

Technology shares lagged the market after business software maker Oracle reported flat revenue late Thursday, even though analysts expected an increase. Oracle plunged $3.07, or 9 percent, to $30.14, the biggest drop in the S&P 500 index. Oracle is struggling to adapt as customers shift away from software installed on their own computers toward software that runs remotely.

The dollar rose against other currencies as traders anticipated that U.S. interest rates would rise as the Fed winds down its bond purchases.