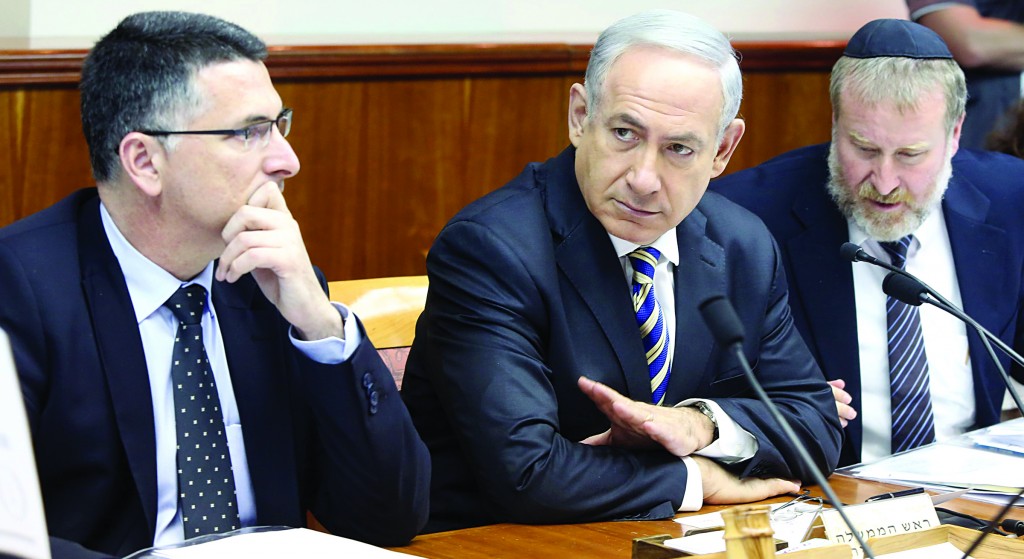 Israeli Prime Minister Binyamin Netanyahu’s hopes for speedy enactment of the new natural gas export policy are growing dimmer as more and stronger objections are being raised, not only from the opposition but also from within the government itself.

Although the Cabinet on Sunday approved the export of 40 percent of the country’s natural gas reserves by a vote of 18 to 3, demands for a Knesset review of the policy grew more strenuous.

On Sunday, Netanyahu was a prime minister in a hurry: “The important thing now is to move quickly. We certainly understand that investors can lose hope. They can think that we have succumbed to populist pressures or endless bureaucracy. We want to move quickly. I want to tell you one basic thing: without gas exports, there will be no local gas economy. These are the basic rules. The most basic understanding on how we produce gas from the water. Without gas exports, there will be no local market. This mistake, succumbing to populism, ‘Let’s keep our gas at home’ has been made by several countries and they keep their gas at home. It is buried under the ground or under the sea, beneath layers of populism and bureaucracy. We cannot do this. We must extract the gas. The correct balance between the local market and exports — this is what we will do today.”

But Labor Party chairwoman MK Shelly Yachimovich and MK Reuven Rivlin (Likud) said they will petition the High Court on Monday to issue an order that the Knesset must have the final word on this issue which will have major economic ramifications for many years.

“A Knesset debate is not just a question of authority, but public legitimacy which should be taken into account in such important decisions like this,” said Minister of Environmental Protection Amir Peretz during today’s Cabinet meeting. Peretz cast one of the 3 no-votes, along with Minister of Communications Gilad Erdan, and Minister of Health Yael German.

Rivlin said, “The issue of natural gas exports was submitted in the past to the Knesset for a decision, and there should be no deviation from this principle. The Sheshinski Committee recommendations were anchored in primary law by the Knesset, and therefore any issue related to, or which influences or any consequences on this issue, such as gas exports, must go through the Knesset.”

Another indication that excluding the Knesset from the decision on gas exports may not pass judicial review came on Thursday, as deputy attorney-general Avi Licht released an opinion stating that passing such a decision in the cabinet rather than in the Knesset may be legally problematic.

Erdan, who also serves as Home Front Defense Minister, told Ynet that his opposition is based in large part on security concerns: “Israel cannot continue to count on buying energy from its neighbors.”

He added that the percentage for domestic use should be increased because “there needs to be preferential treatment of the local market; if not, Israel will be not just crowded but also polluted.”

A number of other MKs wrote to Netanyahu to demand the Knesset’s say on the matter, The Jerusalem Post reported.

“In order to help the legislative process of gas export, the Economic Affairs Committee will also work in August,” wrote MK Avishay Braverman (Labor). “The committee will continue discussions in August in order to hear all the sides, of the government, the public and the developers, and will formulate a bill that will be good for the citizens and the economy of Israel.”

Braverman warned that “if the decision is not accepted by the Knesset it will have no legitimacy.”

Meanwhile, MK Eitan Cabel (Labor) is busy gathering the 40 MK signatures needed to compel Netanyahu to participate in a Knesset discussion of the matter.

“There are too many cases in which we trusted the ‘experts’ who explained to us how the state is going to profit,” Cabel wrote. “These are the same experts who brought us to a deficit of 40 billion shekels. I don’t believe them anymore.”

On Motzoei Shabbos, hundreds of people protested in the center of Yerushalayim against the export of natural gas, Israel Radio reported. The police stopped eight protesters for questioning after they attempted to block traffic on King George Street, according to the report.