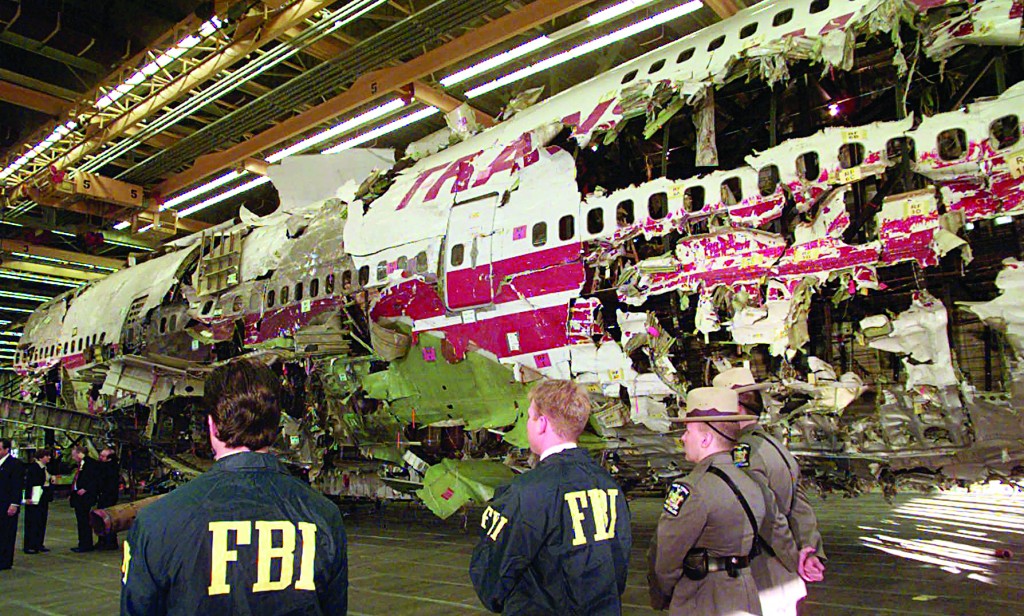 Former investigators are pushing to reopen the probe into the 1996 crash of TWA Flight 800 off the coast of New York, saying new evidence points to the often-discounted theory that a missile strike may have downed the jumbo jet.

The New York-to-Paris flight crashed July 17, 1996, just minutes after the jetliner took off from John F. Kennedy Airport, killing all 230 people aboard.

The effort to reopen the probe is being made in tandem with the release next month of a documentary that features the testimony of former investigators who raise doubts about the National Transportation Safety Board’s conclusion that the crash was  caused by a center fuel tank explosion, probably caused by a spark from a short-circuit in the wiring.

“We don’t know who fired the missile,” said Jim Speer, an accident investigator for the Air Line Pilots Association, one of those seeking a new review of the probe. “But we have a lot more confidence that it was a missile.”

In a petition filed Wednesday seeking to reopen the probe, they say they have “reviewed the FAA radar evidence along with new evidence not available to the NTSB during the official investigation and contend that the NTSB’s probable cause determination is erroneous and should be reconsidered and modified accordingly.”

Those calling for a review of the investigation include former NTSB accident investigator Hank Hughes and Bob Young, a former senior accident investigator for the now-defunct TWA. Tom Stalcup, a physicist and co-founder of a group called Flight 800 Independent Researchers Organization, also questions the NTSB’s original findings and is featured prominently in the documentary.

The NTSB issued a statement Wednesday morning saying it is aware of the upcoming documentary.

“All petitions for reconsideration are thoroughly reviewed, and a determination is usually made within about 60 days,” spokeswoman Kelly Nantel said. “While the NTSB rarely re-investigates issues that have already been examined, our investigations are never closed and we can review any new information not previously considered by the board.”

Speculation of a missile strike began almost immediately after the crash. Theories that an errant missile may have been fired from a U.S. military vessel were widely refuted, but conjecture about a shoulder-fired missile launched by terrorists in a small boat has never completely gone away.

The petitioners contend that the testimony of more than 200 witnesses who reported seeing streaks of light headed toward the plane should be reconsidered. The NTSB said after the first investigation that it found no evidence of a missile strike. It explained that what witnesses likely saw was the jetliner pitching upward in the first few moments after the explosion, but some witnesses still maintain that the streak of light they saw emanated from the waterline and zoomed upward toward the plane.

John Seaman, longtime leader of an organization of TWA 800 victims’ families, noted there have been several attempts over the years to reopen the investigation.

“Unless something was to develop that would be very clear and compelling, then a lot of these interested parties are not really helpful,” said Seaman, whose niece died on the flight. “They reopen wounds. Personally I can’t keep going over it again and again. I think most families feel that way.”