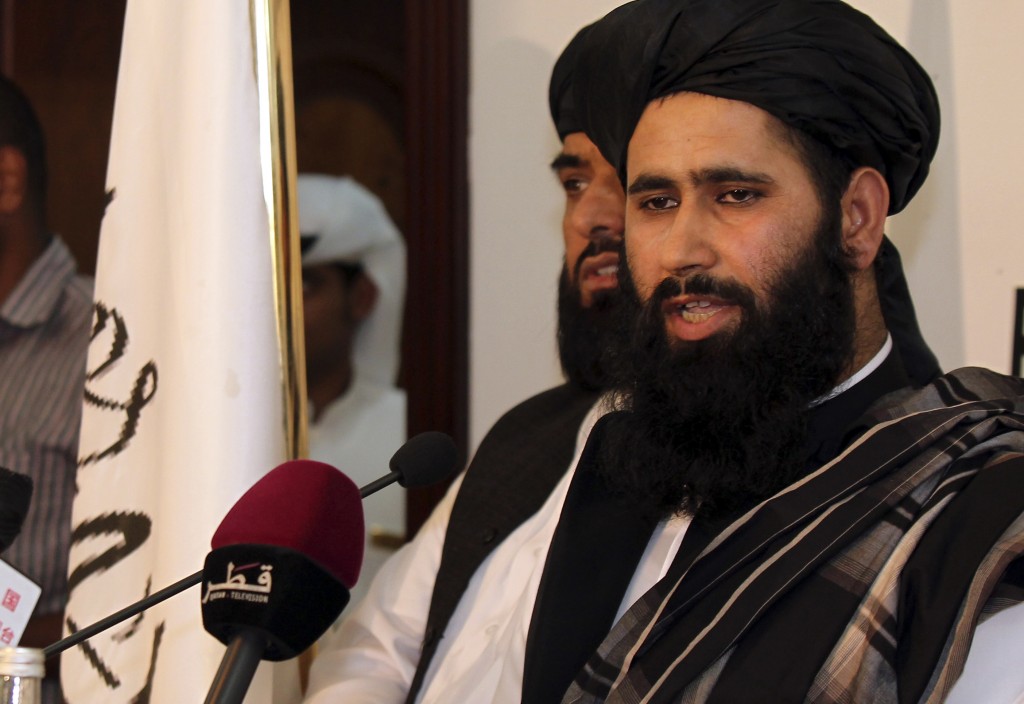 The Taliban and the U.S. said Tuesday they will hold talks on finding a political solution to ending nearly 12 years of war in Afghanistan, as the international coalition formally handed over control of the country’s security to the Afghan army and police.

The Taliban met a key U.S. demand by pledging not to use Afghanistan as a base to threaten other countries, although the Americans said they must also denounce al-Qaida.

But President Barack Obama cautioned that the process won’t be quick or easy. He described the opening of a
Taliban political office in the Gulf nation of Qatar as an “important first step toward reconciliation” between the Islamic terrorists and the government of Afghanistan, and predicted there will be bumps along the way.

Obama, who was attending the G-8 summit in Northern Ireland, praised Afghan President Hamid Karzai for taking a courageous step by sending representatives to discuss peace with the Taliban.

“It’s good news. We’re very pleased with what has taken place,” U.S. Secretary of State John Kerry said in Washington. British Prime Minister David Cameron, whose country has the second-largest contingent of troops in Afghanistan after the U.S., called opening the office “the right thing to do.”

Officials with the Obama administration said the office in the Qatari capital of Doha was the first step toward the ultimate U.S.-Afghan goal of a full Taliban renouncement of links with al-Qaida, the reason why America invaded the country on Oct. 7, 2001, shortly after the Sept. 11 terrorist attacks against the United States.

The officials, who spoke on condition of anonymity because they were not authorized to speak on the record, said U.S. representatives will begin formal meetings with the Taliban in Qatar in a few days.