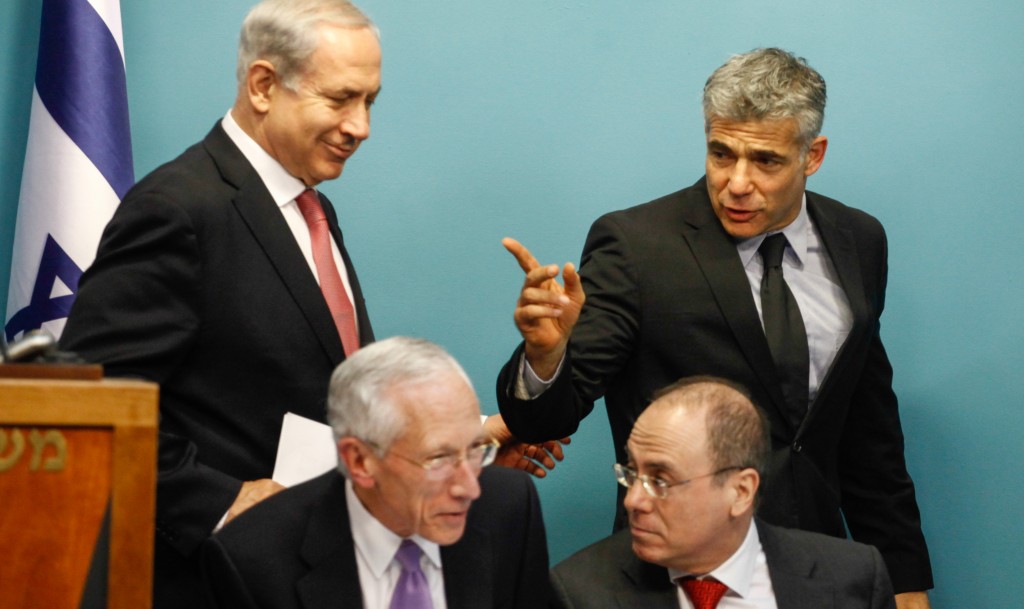 Israel took a decisive step toward establishing its energy policy on Wednesday as Prime Minister Binyamin Netanyahu announced that the country will keep 60 percent of its natural gas reserves for domestic use and permit the export of the remaining 40 percent.

The formula, with the backing of Netanyahu, Minister of Energy and Water Resources Silvan Shalom, Minister of Finance Yair Lapid and Governor of the Bank of Israel Prof. Stanley Fischer, will be submitted for Cabinet approval on Sunday.

Netanyahu said that “after a series of long meetings, we have jointly decided to significantly increase the amount of gas for Israel’s use. This will supply our needs for 25 years. This is a balance between the need to ensure energy sources for Israel’s citizens and the need to export gas which will generate revenue for use by Israel’s citizens. Israel expects to earn $60 billion from gas exports.”

The 40 percent export ceiling was 13 percent lower than the Zemach Committee on gas policy had recommended.

The declaration follows three years of a sometimes-heated national debate, which is expected to continue before any law is enacted.

While Netanyahu emphasized the 60, opposition leader Shelly Yacimovich denounced the 40.

Yacimovich called the decision “a robbery of the Israeli public,” and vowed to fight it in the High Court.

“The gas reserves, which belong to all of the state’s citizens, can grant the country energy independence, a dramatic drop in energy and water prices, the developing of a new industry, a great contribution to the quality of the environment, social prosperity and a great strengthening of the state’s security,” the Labor leader stated.

Opposition notwithstanding, the prime minister sounded confident about the way forward.

“We will bring this decision for the Cabinet to approve on Sunday. We want to get this approved very quickly. We want to export gas and fill the state’s coffers with billions of shekels,” Netanyahu added.