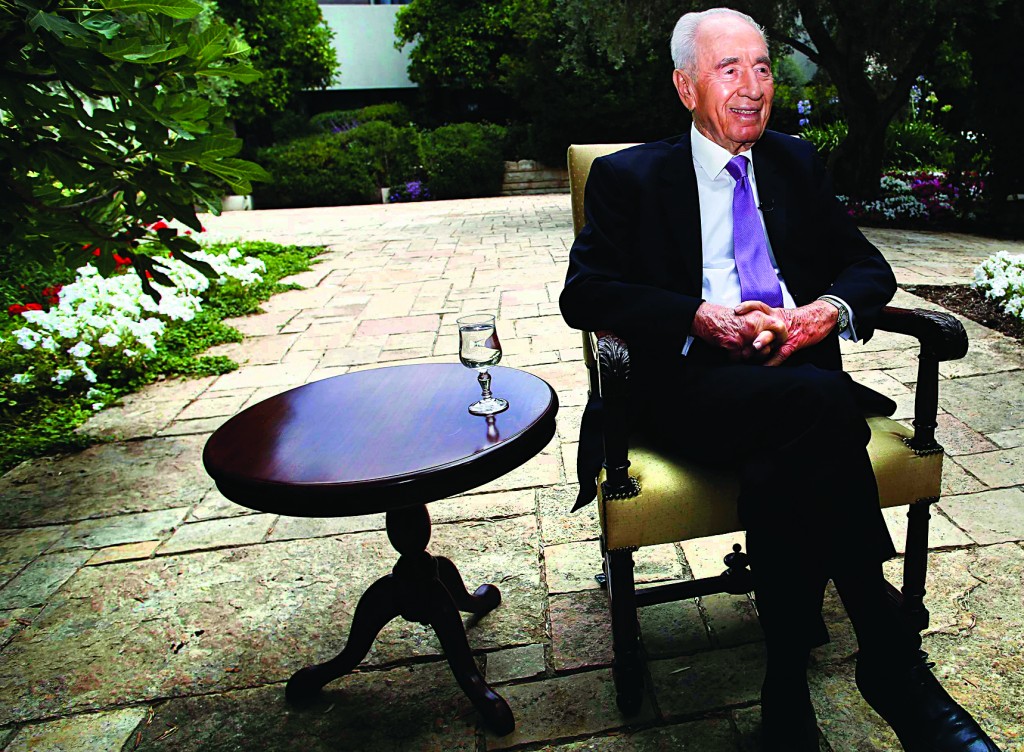 Israeli President Shimon Peres has thrown his weight behind U.S. plans to arm Syrian rebels, shrugging off fears that the weapons could be turned on Israel and exacerbate the conflict.

In a wide-ranging interview with Reuters on the eve of his 90th birthday, Peres dismissed the idea that Israel could launch a unilateral military strike against Iran’s nuclear facilities and urged Palestinians and Israelis to forge immediate peace.

Looking at the many problems besetting the Middle East, the nonagenarian leader said terror groups were ripping apart the Arab world.

Many Israeli politicians have cautioned against giving weapons to the rebel fighters, fearful that the arms would sooner or later be used against Israel.

But asked if the U.S. decision was wise, Peres gave an unequivocal “Yes.”

“They didn’t have a choice,” he added, sitting in the sun-soaked garden of his tranquil Yerushalayim residence and speaking in quiet, measured tones.

“Unfortunately it is becoming more of a confrontation between two superpowers and [there is] a growing intervention of outside forces … It is a tragedy,” he said.

Peres said all the world’s “unemployed terrorists” were heading to the region, bringing ruin in their wake.

Ever optimistic, Peres thought the final status issue of Yehudah and Shomron could be resolved, pointing to ideas outlined in previous negotiations.

“They were offered two options: One, the Jewish residents that want to come back [to Israel] should come back and be compensated. There will be three blocs for the ones that want to remain … What will be in the [next] negotiations, we will see in the future,” he said.

Peres played a central role in the 1993 Oslo Accords, which failed to live up to expectations that it would lead to peace, and is now routinely denounced by numerous Israeli and Palestinian politicians.

However, Peres refused to review his career, saying he did not want to become a “poet of regret.”

“I don’t look back. It is not interesting. Because what happened is over, unchangeable … I am more interested in what will happen tomorrow. History moves forward,” he said.