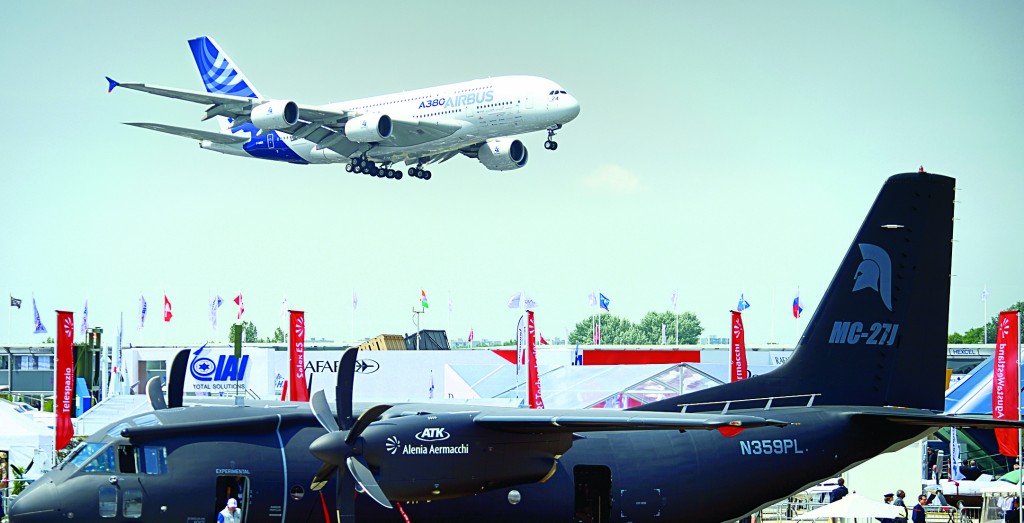 The new system is currently on exhibit at the Paris Air Show at Le Bourget.

Clear Vision was adapted from a navigation system for combat aircraft, mostly installed on F-15 and F-16 planes.

“The need for a new system arose following an increase in the number of delays in plane landings and disruption to air traffic because weather conditions such as rain and thick fog, which cause visibility problems and make landing difficult,” Elbit Systems VP for civilian aviation Dror Yahav explained. “Only the most modern and sophisticated aircraft can make automated landings in such conditions. In many situations, aircraft due to land in Israel are diverted to other airports in the region, in Cyprus or Jordan.”

Clear Vision utilizes an advanced multi-spectral camera that displays its pictures on transparent glass in front of the pilot, supplying real time information even while he is looking outside the aircraft during landing approach. The images enable him to identify the landing area without interference from the weather, as if visibility were 100 percent.

“We took military technologies proven in a wide variety of aircraft and civilianized them,” Yahav relates. “With the new system operating, the pilot sees outside very well, and can approach the runway more safely.”

In a time of belt-tightening for many commercial carriers, the system offers the promise of economic benefit as well.

“Many airlines will be glad to save the high cost of the fuel consumed when a flight is extended and diverted to land somewhere other than the destination airport because of problematic weather. At some airports, the system can improve landing capability by 70%, and at some by 100%,” Yahav says.

Elbit’s rival, Israel Aerospace Industries (IAI), in its own bid for civilian customers, has been showing its TaxiBot at the Paris Air Show.

TaxiBot is a tow vehicle for passenger aircraft that can save them fuel consumed in taxiing from the passenger boarding point to the takeoff point. In addition, IAI says it  reduces noise levels, since the aircraft engines do not have to be run before takeoff.