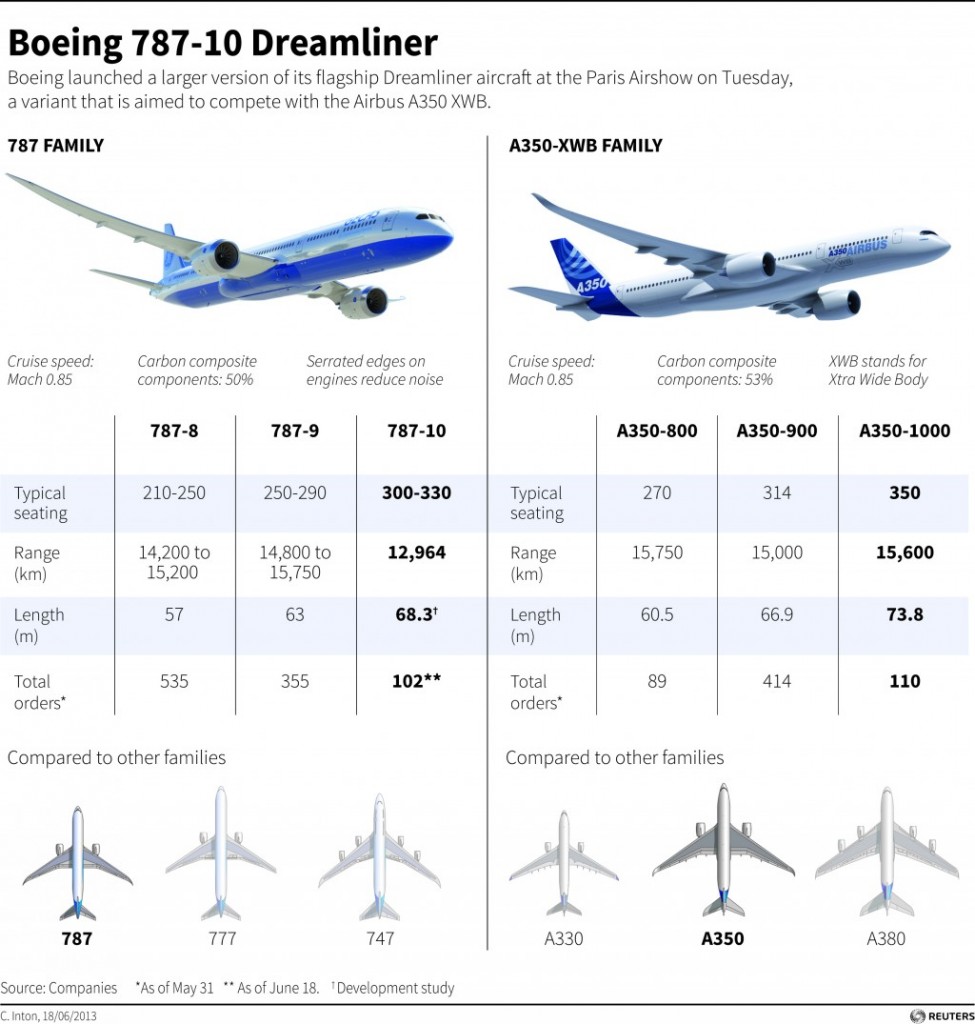 United remains the only U.S.-based airline to fly the 787, which is steadily winning customers after being beset with problems concerning its lithium-ion battery on two Japanese carriers. The plane, like its newest rival the Airbus A350, uses lightweight materials and new engine technology to cut down on fuel consumption at a time of rapidly increasing jet fuel prices. Boeing has said passengers will notice bigger windows and an adjustment in cabin pressure, which means they will not suffer from jet lag as badly as on other aircraft.

The air show is a platform for the race for sales between Boeing and its European rival Airbus, which is hoping that the event sparks interest in its A350, its long-haul wide-body rival to the 787. The first A350s are expected to be delivered in mid-2014, after the aircraft receives regulatory approval.