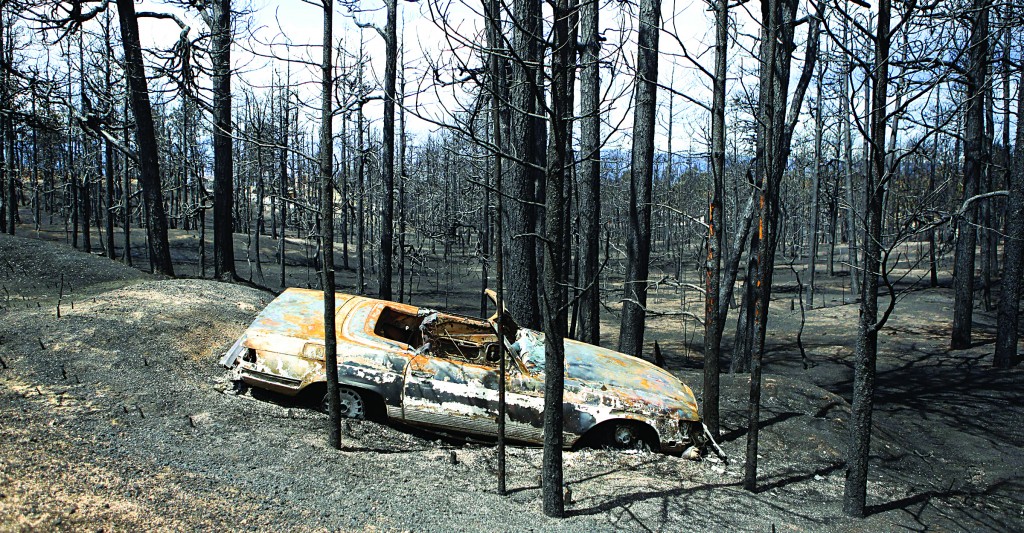 Investigators believed Colorado’s Black Forest Fire was human-caused, and were going through the charred remains of luxury homes destroyed and damaged in it last week. Even though the fire was mostly out, officials were not letting victims back into the most developed area where there was concentrated devastation from the fire because the area was being treated as a possible crime scene.

Residents have been anxious to return but investigators want to preserve evidence, and firefighters also are working to make sure the interior of the burn area is safe, by putting out hot spots and removing trees in danger of falling.

“We’re not ignoring you and we’re with you,” El Paso County sheriff Terry Maketa said.

In some cases, residents who were escorted back for emergency situations have refused to leave again.

Nearly 500 homes have been lost in the 22-square-mile fire near Colorado Springs, which is 75 percent contained. Two unidentified people who were trying to flee were found dead in the rubble.