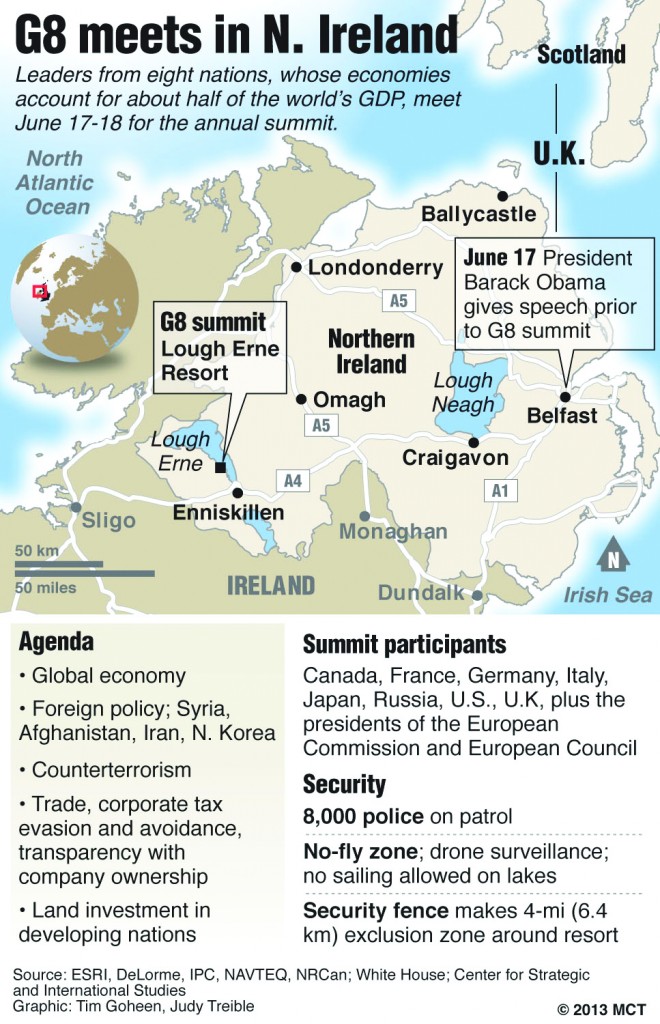 Russian President Vladimir Putin, arriving in Britain ahead of the G8 international summit set to be dominated by disagreement over the U.S. decision to send weapons to Syria’s rebels, said the West must not arm fighters who eat human flesh.

After months of deliberations, Washington decided last week to send weapons to the rebels, declaring that Assad’s forces had crossed a “red line” by using nerve gas.

The move throws the superpower’s weight behind the revolt and signals a potential turning point in global involvement in a two-year-old war that has already killed at least 93,000 people.

It has also infuriated Russia, Syria’s Cold War-era ally, which has sold arms to Assad and used its veto at the U.N. Security Council to block resolutions against him.

After meeting Cameron in London, Putin said Russia wanted to create the conditions for a resolution of the conflict.

The U.S. plan to arm the rebels also places new doubt about plans for an international peace conference called by Washington and Moscow, their first joint attempt in a year to try to seek a settlement.

Under its new posture, Washington has also said it will keep warplanes and Patriot surface-to-air missiles in Jordan, an ally whose territory it can use to help arm and train rebel fighters. Washington has 4,500 troops in Jordan carrying out exercises.

Washington has not ruled out imposing a no-fly zone over parts of Syria, perhaps near the Jordanian border, although it has made no decision yet.

Jordan’s King Abdullah rallied his own armed forces on Sunday, telling military cadets, “If the world does not help as it should, and if the matter becomes a danger to our country, we are able at any moment to take measures to protect the country and the interests of our people.”

Just a few months ago, Western countries believed Assad’s days were numbered. But with Hizbullah’s support he was able to achieve a major victory this month in Qusair, a strategically located rebel-held town on a main route from Lebanon.